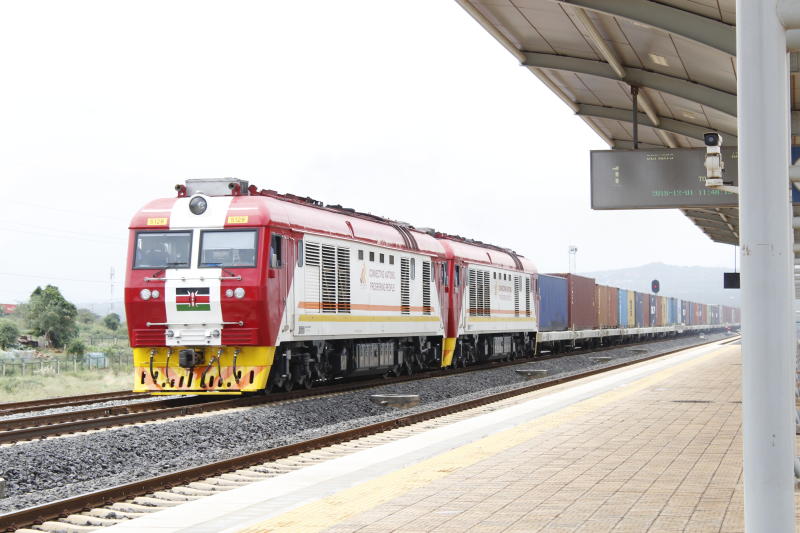 The government has refuted claims that it failed to secure Sh380 billion loan from China for the extension of the Standard Gauge Railway from Naivasha to Kisumu.

State House Chief of Staff Nzioka Waita yesterday said the extension of the railway was not on the agenda of President Uhuru Kenyatta’s visit to China.

He said instead, the President had “shared” plans to rehabilitate the existing railway to Kisumu.

On Friday, Transport Cabinet Secretary James Macharia announced from China that the government had paused plans for extending SGR to Kisumu.

“The government did not discuss any funding proposals for the extension of the SGR at this meeting,” Macharia said in a statement to newsrooms in reference to Uhuru’s bilateral meeting with Chinese President Xi Jinping.

Waita said the SGR is a regional project and the complexities involved in negotiating its completion involves several countries and securing financing for its completion could take several years of intricate negotiations.

He said the SGR Phase 2A from Nairobi to Naivasha will be complete by August and therefore, President Kenyatta only highlighted to Xi the plans by the government to break ground on the industrial park and dry port to be built at the Naivasha Special Economic Zone by June.

“To mitigate any risk of disruption to the movement of cargo, the Government of Kenya shared its short-term plans to rehabilitate the existing metre gauge railway to the Port of Kisumu to ensure seamless interconnection with the SGR at the Naivasha facilities,” said Waita.

He said the President sealed a number of deals during his China trip on the sidelines of the Belt and Road Forum, which concluded yesterday.

Waita enumerated the successes of the Beijing tour by the President and his delegation, including the trade agreement for the export of frozen avocados from Kenya to China.

He cited the framework agreement between the Kenya National Highways Authority (Kenha) and the China Road and Bridge Corporation for the construction of Kenya’s first expressway from Jomo Kenyatta International Airport to James Gichuru Road in Westlands.

“This landmark project aimed at decongesting Nairobi City is privately funded through the Public Private Partnership legal framework,” he said.

Also signed was a financing agreement worth Sh17.5 billion between the government and China Exim Bank for the construction of the Konza Technopolis Data Centre and IT infrastructure.

“It was further appreciated that once the industrial park and dry port serving our regional neighbours Uganda, the Democratic Republic of Congo, Rwanda and South Sudan come into operation, it will be necessary to ensure that there will be no disruption in the movement of cargo from Naivasha to the region whilst financial aspect for the extension of the SGR is concluded,” he said.

“The SGR remains an essential project of Kenya’s Vision 2030 strategy and a key enabler of regional economic growth within East and Central Africa.”

Earlier, Foreign Affairs Cabinet Secretary Monica Juma denied that the SGR featured in the talks as ODM rushed to clarify that party leader Raila Odinga was only part of the Commission of the Africa Union delegation.

“In fact, the SGR extension beyond Naivasha was never a priority agenda for the current mission to Beijing,” said Juma.

“Our focus was on growing market access, development of our industrial and special economic zones, and partnership with the private sectors for investment.”

Dr Juma said ties between Kenya and China are broader than the SGR project.

ODM chairman John Mbadi sai: “Raila has been very categorical on his role in the African continent. Kenya is part of Africa and therefore the issue of SGR plays well in his role. He didn’t travel to China representing only Kenya’s interests like Uhuru.”

He defended Raila’s assertion that he would accompany President Kenyatta to China to negotiate the SGR extension loan, saying it falls within his mandate.

At a rally in Songu market, Kisumu County, last Saturday, Raila said he would be part of the delegation that would accompany the President to China to negotiate for the SGR loan.

“The new SGR line will extend from Naivasha to Narok, Bomet, Sondu and finally Kisumu,” he said.

China debt is not bad, what matters is how we spend the money

By Hamza Yussuf and Brian Okoth | 12 hours ago

By Philip Muasya | 13 hours ago

By Philip Muasya | 14 hours ago