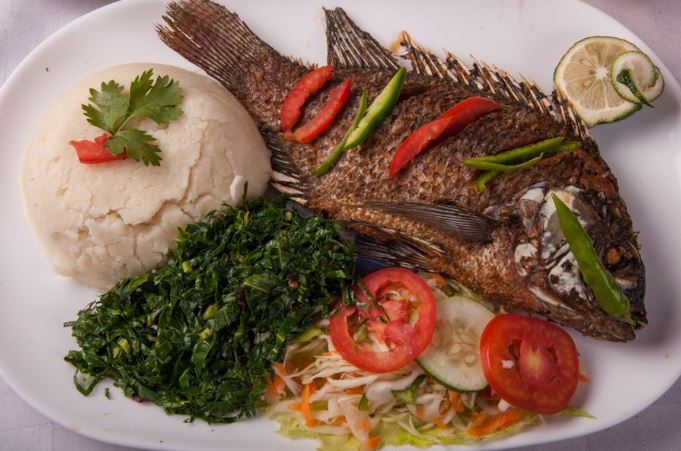 Despite rumblings of discontent over a “flood” of cheap imports from Asia, Kenya is short of options. After months of policy ping-pong on whether we should let in fish from China, it looks resigned to the imports from the Asian giant meeting local demand.

A recent budget forecast shows the country will continue to import China’s fish for at least three years.

The 2019 budget policy statement, the basis of the national Budget, pegs local fish production at 180,000 tonnes a year. That’s against Kenya’s “requirement of 500,000 tonnes”.

But “the government is working towards producing more fish”, the National Treasury said in the February 2019 document.

Kenyan traders have protested the “throwaway prices” of Chinese fish.

In October 2018 President Uhuru Kenyatta hinted at a ban, saying Kenya needed to find “out of the box” ways to limit the imports.

China’s ambassador reportedly described the ban as a “trade war” and threatened sanctions. He later softened his tone. “We hope that the issue of fish imports will be resolved in an amicable way,” Zhang Gang, a spokesperson for China’s embassy in Kenya, told Africa Check as the controversy raged. “As a strategic partner of Kenya, China will not engage in a trade war.”

But the Department of Fisheries took Kenyatta’s cue and said it would not approve applications to import tilapia, the fish most imported from China, from 1 January 2019. Weeks later the department reversed the decision “to allow further consultations”.

In its budget statement the Treasury said it was “not true that fish from China has mercury.”

But what are the facts on Kenya’s fish? This fact sheet looks at the key issues.

The country aims to raise its yearly output to 231,359 tonnes, the Treasury said. It would do this by curbing illegal fishing in Kenya’s waters and investing in a fishing fleet for the country.

Kenya can produce 14 million tonnes of fish a year with a value of Sh50 billion, a 2013 report from the Food and Agriculture Organisation (FAO) estimated. This is if it uses all 1.4 million hectares identified as suitable for fish farming.

Where does Kenya’s fish come from?

Kenya gets its fish from sea and inland sources. In 2016, inland sources made up 73 per cent of total production, marine sources 17 per cent and 10 per cent was from fish farms.

What was the catch?

Common carp (40.3 per cent), tilapia (30.1 per cent) and the African catfish (29.6 per cent) were the top three types of fish landed in 2016. (Note: The latest fishing data is being finalised, Susan Imende, the acting director of the Kenya Fisheries Service, told Africa Check).

In its Fish to 2030 report, the FAO says Kenya is one of the major countries influencing global prices for freshwater fish. But Taiwan, Honduras and the US control 99 per cent of the market for tilapia, the fish Kenya imports the most, according to local fisheries data.

Kenya imports most tilapia from China

Tilapia and frozen mackerel made up 85 per cent of Kenya’s 2016 fish imports, with 68 per cent coming from China. In 2017 China remained Kenya’s top source of fish imports, according to the national statistics office.

Kenya exports fish and seafood to the EU, US, China and Japan. These include Nile perch, frozen octopus, lobsters, cuttlefish and prawns.

What is the local demand?

Another 51,000 tonnes were imported, leaving 1,803 tonnes unaccounted for. This could be due to either the rounding of figures or data gaps at production sites, Susan Imende, the acting director general of Kenya Fisheries Service, told Africa Check.

The numbers on fish from regional East African Community trade could also have been poorly captured, Imende said.

“However, this has been addressed by strengthening border control by posting fish inspectors and training the other agencies working at ports of entry.”

How much fish do Kenyans eat?

The most recent publicly available data from the Kenya Marine and Fisheries Institute shows the country consumed 4.5kg of fish per person in 2017. (Note: The Kenya National Bureau of Statistics’ estimate for 2017 was a yearly 4kg per person.)

How does this compare to the rest of the world?

The world consumed an average of 20.5kg of fish per person in 2017, says the FAO’s 2018 State of Fisheries and Aquaculture report. Asia’s consumption was highest at 24kg per person, and the Latin America and Caribbean region’s the lowest, with 9.8kg of fish consumed per person.

Africa’s yearly fish consumption was 9.9kg for each person. This ranged from about 14kg in West Africa to 5kg in East Africa. By country, Senegal led at 20.7kg per person. Sudan ate the least fish: just 2kg per person in 2017, according to the FAO.

Could Kenyans eat even more fish?

The country aims to reach the East Africa Community average of 7kg per person a year and then on to the annual Africa average of roughly 10kg, she said. But projecting actual demand was a “difficult question” that depended on supply and purchasing power, said Dr Richard Abila, a senior fisheries and aquaculture specialist for the International Fund for Agricultural Development. So far there were no “reliable studies or projections to give us the right figures”, Abila told Africa Check. He directed us to an international model to help with this.

“It is generally assumed that fish demand at a global level is mainly driven by increasing incomes and population growth,” Abila said.

But in Kenya other factors were at play, he said. These include increased awareness of the health benefits of fish and changes in consumer preferences, especially in areas where fish isn’t usually eaten.

Kenya’s demand for fish could even decline, Kevin Obiero told us. A doctoral student the Institute of Hydrobiology and Aquatic Ecosystem Management (IHG) of the University of Natural Resources and Life Sciences in Vienna, Obiero referred Africa Check to March 2019 research. This predicts a decline in Africa’s annual fish consumption per person from 10kg in 2015 to 8.5kg in 2030 and 7.7kg in 2050. Either way, China will continue to loom large in Kenya’s fish market until local production improves.

-This report was written by Africa Check, a non-partisan fact-checking organisation. View the original piece on africacheck.org

Publication of stories of more than 200 Kenyan women who have overcome patriarchal obstacles to make life-changing impact is one move to celebrate.

By Lucas Ngasike | 18 hours ago