Land leases have been a subject of protracted legal battles between communities, companies and individuals.

At the Supreme Court, the Narok and Migori County governments have been battling to wrest huge chunks of land from individuals and return them to public use in landmark cases likely to set precedents on public land leaseholds.

The same script is repeated in other courts where multinational companies are battling with either county governments or communities to retain thousands of acres of land under their control.

At the Milimani Law Courts in Nairobi, Del Monte Company has been at war with both Murang’a and Kiambu County governments for refusing to renew its lease on 15,000 acres of land for a pineapple plantation.

At the Meru High Court, Lake Turkana Wind Power Ltd was allowed to use 87,500 acres of community land to generate electricity despite resistance from residents of Marsabit County, who had gone to court claiming  the company had compulsorily acquired 150,000 acres of their ancestral land.

However, Justice Peter Njoroge on November 9 dismissed their application.

In Narok County, the Supreme Court granted interim orders restraining businessman Livingstone Kunini Ntutu and his company, Ol Kiombo Ltd from taking possession of 4,000 acres of the Masai Mara National Reserve until the dispute is resolved.

The dispute dates back to 1984 when the defunct county council of Narok granted Ol Kiombo Ltd a 33-year lease within the national reserve to run hospitality services for tourists.

In 2000, Ntutu sought to reclaim the land and in 2005 signed a consent that stopped the council from collecting rent or royalties from his company.

The county council however claimed they did not authorise the consent and in March 2014, Lady Justice Pauline Nyamweya revoked it, saying it was illegal. She ordered that the disputed land be returned to the county government.

Ntutu appealed against the decision. Appellate Judges Roselyn Nambuye, Daniel Musinga and Jamila Mohammed in April 2015 ruled that the 33-year-lease to the businessman was valid and ordered that he repossess the disputed land.

It was then that the Narok county government moved to the Supreme Court, arguing that the Court of Appeal considered irrelevant factors and failed to recognise that the title deed granted to Ntutu was cancelled in March 2010.

“As early as 1969, the Government had prohibited adjudication and registration of individual titles in the game reserve. All other records have revealed that the 4,000 acres were excised from the National Reserve in total contravention of wildlife conservation laws,” said the county’s lawyer, Tom Ojienda.

He added that the contested part was classified as a trust land and any portion could only be divided through adjudication and fresh classification by the government.

He further submitted that the decision went against public interest as it allowed unlawful disposal of communal land without redress to the community.

At the Environment and Land Court in Eldoret, the Kenya Industrial Estates Ltd won a protracted land dispute with four companies after it was controversially denied opportunity to renew its 34-year lease on a piece of public land.

Justice Sila Munyao ruled that it was wrong for the commissioner of lands to decline to renew KIE’s leaseholds when they expired, and that the commissioner had no authority to transfer the titles to individual persons and companies.

“The commissioner erred in law in not renewing the leasehold titles for the five parcels of land issued to KIE. I therefore cancel the titles he issued to the defendants and order that they vacate the land and it be returned to the state corporation,” ruled Munyao.

KIE had bought the land from the defunct municipal council of Eldoret in 1965 and was issued with a leasehold title that was to expire in 1999.

However, in 1998, a year before the lease expired, the land was controversially sub-divided and sold to four companies.

Justice Munyao said the commissioner of lands had a duty to protect public entities and should not have turned down the corporation’s quest for his intervention.

In Lamu County, residents went to court to oppose construction of a multi-million-shilling wind power project on a 4,150-acre trust land belonging to the community.

The residents argued they were the beneficiaries of the trust land and allocating it to Kenwind Holdings Ltd for the wind power project without their approval was illegal.

“The unlawful allocation of our land will culminate in eviction of over 8,000 families from the settlement scheme which they were lawfully given and they have occupied since 1984. Any attempt to alienate the trust land without consulting the community is illegal,” claimed the petitioners.

The Supreme Court also allowed the County Government of Migori to contest a decision by the Court of Appeal that put at risk the existence of Awendo Town, located within the county, over a disputed land lease to Sony Sugar Company Ltd.

The dispute dates back to 1976 when the government acquired the land to grow sugarcane and enable expansion of the sugar company. It was to be held in trust by the town council of Awendo.

When the company failed to use the entire land for sugarcane plantation, the town council allocated it to third parties who developed several storeyed buildings and business premises.

Aggrieved by the decision to evict them and lease out the land to third parties, 13 families claiming original ownership filed a case at the High Court.

The Court then ordered that the unutilised parcels of land which were unfit for sugarcane farming should have reverted to the original owners.

The county appealed against the decision but Appellate Judges Onyango Otieno, Festus Azangalala and Sankale ole Kantai upheld it. 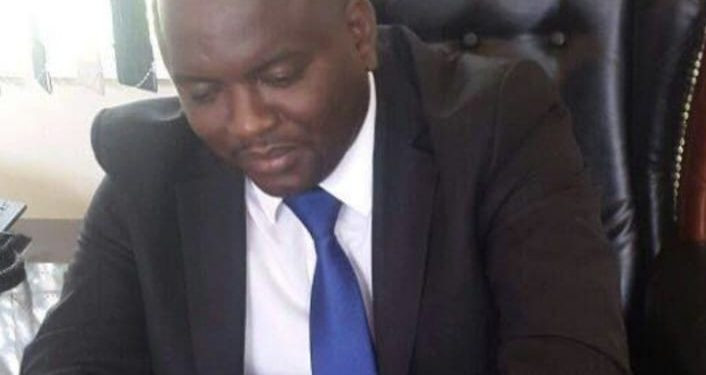