Security personnel in Mombasa have arrested a military officer from the Yemeni army at Likoni ferry channel crossing for questioning.

The man detained in Mombasa was identified as Walid Ahmed Sultan from documents seized on him, but police have not explained why he was arrested. An intelligence source told The Standard on Saturday that a resident alerted security authorities about the man when he began asking about Yemen-bound ships.

County Commissioner Maalim Mohamed said last evening that the alleged soldier came to Mombasa through Somalia, raising suspicion about his mission, a claim confirmed by intelligence sources who said Walid arrived in Mombasa on Thursday by a bus from Somalia.

"A man has been arrested at Likoni ferry and we have since established that he is a Yemeni and entered Kenya from Somalia and he served as a military officer. He will tell us what his mission is in Mombasa," Maalim said.

It was not clear how Walid crossed to Nairobi from Somalia or which military faction he belongs to in Yemen, although some sources indicated he was employed as a guard.

Yemen has been torn by civil war for close to five years. The military split into two, one group rallying to the side of Shia rebels and former President Ali Saleh and the other supporting the internationally recognised regime of Abdu Mansur.

Much of the country is controlled by militias and has been under bombardment by a Saudi-led coalition of Muslim states.

Addressing a public meeting on security at Kadongo in Kisauni Sub-county, Maalim assured residents that security had been beefed up at Likoni ferry, where armed officers were on board vessels.

An intelligence official said Walid aroused the suspicion of a tuk-tuk driver whom he spoke to in broken English, seeking information about ships to Yemen.

Walid had apparently asked to be taken to the ferry and his handler handed him to police. Some reports indicate he had all relevant documents, but he was still placed under interrogation by anti-terrorist police.

Lately, the county police have introduced stringent checks on the ferry and installed CCTV cameras, with armed officers on board the vessels.

Maalim, who was accompanied by Kisauni MP Rashid Bedzimba and Deputy County Commissioner Julius Kavita, said members of community policing and Nyumba Kumi initiative would be vetted regularly to ensure they were not compromised by criminals.

Mr Bedzimba urged local youth to be in the forefront in fighting criminals by co-operating with the security officers.

"Security of our neighbourhoods is in the hands of our youths. We urge them to join efforts to eradicate crime. Similarly, we urge police officers to co-operate with youths to get the real criminals and avoid arbitrary arrests," he said.

Maalim warned local criminal gangs such as Wakali Wao, Wakali Kwanza and Kapenguria Six that their days were numbered as security officers would crack down on them.

"They cannot win against the government and we are launching a crackdown to root them out," hr said, warning parents against defending their children who turn into criminals.

Maalim defended police officers against accusations that they target innocent people for elimination, saying that was a propaganda aimed to malign the national police service.

"We are going to clear gangs wielding pangas and knives the same way we do to those with AK47 rifles because they are all out to kill," he said.

My 9-year-old daughter is glued to social media

Then I thought of my Elsie, in disbelief. You don’t expect a 9 year old to be on Facebook, do you? IG is justified, she can post photos of her little or so life. IG is hassle less 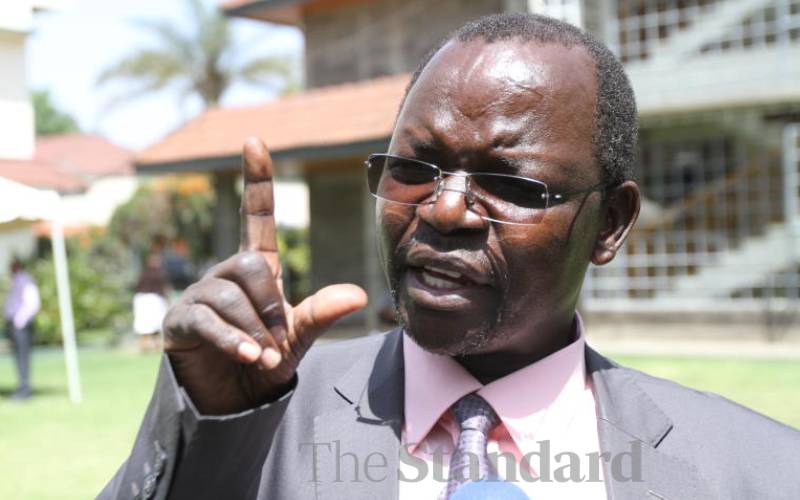