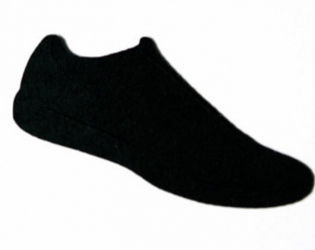 NAIROBI: An anti-counterfeit agency has sued a Kenyan company for allegedly infringing on an international sports shoe brand.

Kenfric Limited based in Ruaraka, Nairobi, is said to have been manufacturing shoes and branding them with a name similar to Puma.

According to the charge sheet against the company and its director Mikul Shah, Kenfric had manufactured shoes worth over Sh220,000 and branded them Puma, without the authority of the international sports shoe company.

The shoes made by Kenafric are also said to have a similar logo to that of Puma.

“On August 14, at Kenafric Shoes Industries the company manufactured counterfeit goods. The goods were bearing a logo on the back cover, which is substantially similar to the genuine Puma logo, without the authority of Puma Ag Rudolf Dassler Sport; the owners of the intellectual property rights,” the charge sheet before Senior Principal Magistrate Daniel Ogembo read in part.

Mr Shah and the company is also accused of distributing more goods with the Puma logo worth Sh245,000.

The director denied the charges and was released on a bond of Sh1 million, a surety of a similar amount or cash bail of Sh300, 000.

The case will be mentioned on September 24.

At the same time, two distribution companies are facing similar charges from the anti-counterfeit agency.

Tex Palace Limited, its director Kaushik Shah as well as Amrut Kenya Limited and its manager Lalji Vista are being charged for being in possession of counterfeit goods contrary to Section 32(a) of the Anti-Counterfeit Act.

Both Shah and Mr Vista were released on a Sh500,000 bond. The cases will be mentioned on September 24.

A second year university student and his girlfriend were Friday found dead in the girl’s house at Kamboo in Igembe Central, on Thursday, in unclear circumstances.