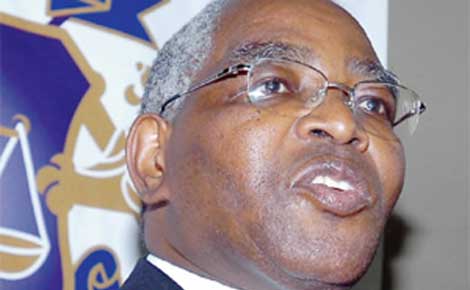 Justice Aaron Ringera is among three judges who were Wednesday appointed to the East African Court of Justice (EACJ).

The East African Community (EAC) Heads of States in its 12th Extra-Ordinary Summit in Arusha appointed Justice Ringera and Edward Rutakangwa to the Appellate Division of the court and Fakih Jundu to the First Instance Division.

The appointments were made as the EACJ became the first court in the region to turn paperless.

President Uhuru Kenyatta who chairs the EAC Heads of States Summit led other leaders in launching the court’s paperless system that would reduce the cost of litigation.

The new system comes with a new website that includes a digital case management system.

Judges at the EACJ will no longer be burdened with the hassle of taking handwritten notes and would depend on modern court recording technology that includes speech to text services.

Lawyers will no longer have to travel to Arusha from other parts of EAC to file cases.

Kenyan government charters a plane to bring back Kenyans in India

The National Assembly has passed the controversial National Police Service (amendment) Bill, despite spirited opposition from some MPs who termed the proposed law as unconstitutional.

By Isiah Gwengi | 22 minutes ago

By James Munyeki | 35 minutes ago