Lessons for our next CJ from Pontius Pilate

As Chief Justice (CJ) David Maraga exits, it helps that we propose a profile for the next occupant of that  critical office in the administration of justice. From a lay person’s perspective , the role of a CJ is comparable to that of Pontius Pilate.

Pontius Pilate is one of the most controversial biblical names in the New Testament. He was the fifth Governor of the Roman Province of Judea. He was the head of the judicial system and so had power to order for capital punishment. It is this man, Pilate, who exacted a death penalty on Jesus Christ. This man’s history is not quite clear, but he left a mark in human history for two main reasons.

First, the Bible says he was deeply troubled that he could not convince the crowd that had brought Jesus to him to drop their charges against him. In fact, according to gospel accounts, his wife warned him not to have anything to do with the death of Jesus.

Pilate’s conscience haunted him as he argued back and forth with Jesus’ accusers. But, the accusers could hear none of his defence for “a criminal who had blasphemed”. So they demanded the death of Jesus. Pilate felt he had prosecuted his case well, placed blame on the accusers and desired to release the innocent man, but he felt his hands were tied.

Second, Pontius Pilate washed his hands to disassociate himself from the death sentence imposed on Jesus Christ. This act of washing hands is full of symbolism.

It meant Pilate was convinced that the accused, Jesus Christ, did not deserve the capital punishment that was the one of the two options: Crucify or release. The washing of hands also symbolised defeat. Pilate publicly admitted he had lost the case before the accusers. Ironically, he had the last say on the kind of sentence the accused would face.

So, what is the lesson for those intending to apply for the position of CJ? First, the applicant should have the inner power to resist popular opinion and commit to what is right, not just in law, but fundamentally for the dignity of the person before the court.

Isn’t this why we speak of universal human rights that everyone is entitled to? I gather that law is interpreted within the context of its application.

Be it as it may, the next CJ should not do a Pontius Pilate thing, especially on critical matters that have serious implications for the country.

Courts are not religious altars, but they must not overlook the primary goal of discharging justice in a manner that is truthful. To “tell nothing but the truth” is indeed an act of faith. Otherwise, why do the learned friends swear or require others to swear to God when taking an oath of service, testimony?

Second, a worthy applicant should know that there will be many moments ideal for “washing my hands”. Yes, do your law thing in the courts. However, distancing oneself at the hour of need is not very helpful in the advancement of justice. One of the greatest philosophers of all time, Socrates, was judged to have corrupted the mind of young people. 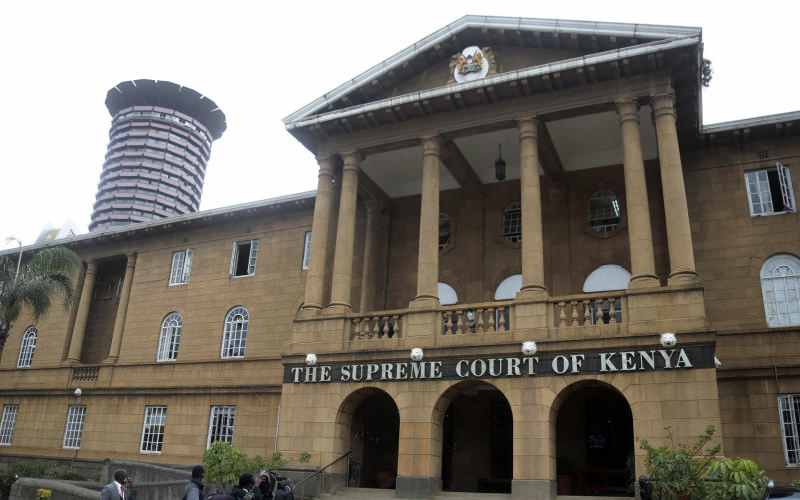 As he could not logically defend his actions, he agreed to a death penalty. What a horrible end to a man whose philosophy has shaped the conceptualisation and practice of both human and institutional governance over centuries! Did the Athenians overdo their search for justice when they prosecuted Socrates?

Third, John Rawls, in his seminal work, ‘Theory of Justice’, brings out very relevant insights on who should replace the retired CJ David Maraga. Rawl says that “the rights secured by justice are not subject to political bargaining or to the calculus of social interest.” He further says that “selfish but rational people who are detached from their concrete identity and context will freely choose to create a society that is truly just”. Here, the argument for a just CJ is evident.

In a country where a CJ walks to court and delivers a one-minute ruling on a matter of great significance and quickly takes cover; in a context in which political leaders and those in their networks trade civil liberties for self-interests; in a country where justice is sold out to the highest bidder; and in a context where the less endowed are quickly judged in a court of law and sentences pronounced on time but the mighty dramatise their cause and often seem to get away with injustice that harms the majority, our next CJ should be a person of vision and passion for “justice as fairness”, to use Rawls’ words.