Development shouldn't be at expense of nature

By Juliet Masiga | 1yr ago 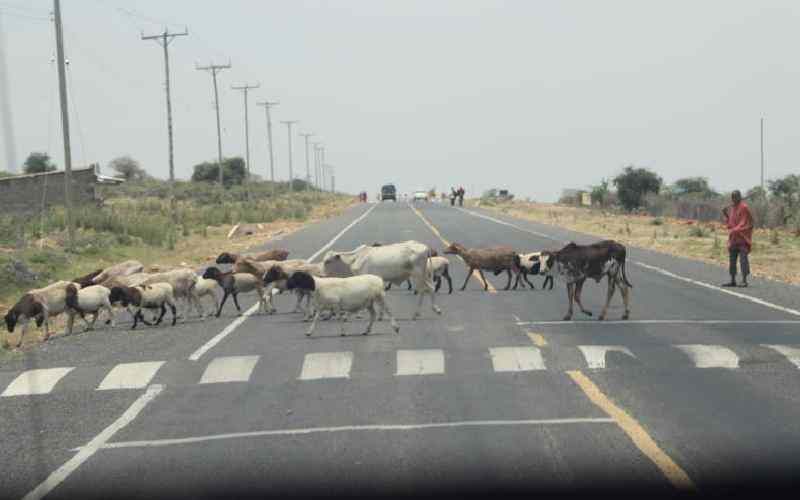 There’s a stretch of land on my route that runs for about 500m. It’s adjacent to Ngong Forest and has been unoccupied for decades (shhh, don’t tell you know who). Anyway, I knew it was a government parcel but wasn’t sure which department had managed to keep it ungrabbed for years. Recently, it’s been claimed by the Kenya Forest Service (KFS). KFS began operations in 2017 with the mandate to “provide for the development and sustainable management, including conservation and rational utilisation of all forest resources for the socio-economic development of the country and for connected purposes”.

I don’t know what that “connected purposes” bit means; it must be government-speak for ‘inter alia’, which could mean anything from an expensive railway to a cumbersome highway, or even a community of million-dollar (yes, dollar) townhouses. Whatever ‘townhouse’ means. The term is used so loosely nowadays, it’s hard to tell what qualifies. But yeah, thankfully, none of those things have happened yet, with all the emphasis on that word ‘yet’.

There’s a big sign right in the middle of the field that cautions against trespassing. It says something like, ‘this land is the property of the Kenya Forest Service, trespassers will be shot’. OK, not really. It doesn’t say anything about bullets or ammunition of any kind. You won’t get shot.

You probably won’t even get charged, or mentioned. If you’re human, that is. If you’re a baboon (I’m sorry, guys, but these primates have become a defining feature of my 2020 experience) on the other hand, you are not fazed by threatening signs. They don’t give a smelly pellet about the human settlers who’ve colonised their lands. They really couldn’t care less.

So one day, I’m driving past the sign and the stretch it protects, and I see a troupe of babs perched on the slab, looking all regal and entitled, like true lords of the jungle. Maybe I’m reading too much into it, but I could swear they were like, ‘mta do?’ Which would be in order; I mean, we’re the ones trespassing on their lands, building all manner of invasive things, and imposing our version of civilisation with little to no regard for the natives. Sounds familiar, doesn’t it?

Anyway, I was driving past that troupe of rascals on my way back from the Syokimau SGR terminus after a short trip to recharge my bats. I decided to take the train out of a misplaced sense of adventure. I mean, it was an adventure all right, but more in an Indiana Jones and the Temple of Doom way, whereas I was looking for more of a Girls Trip type energy. I was expecting a space ship on rail tracks considering that our government spent Sh300 billion-plus on the SGR project. What I got was a wheelbarrow on Valium -- slow, clunky, and overloaded. Yes, I did see some beautiful game as the train moved slowly through Kenya’s beautiful and expansive landscape, but I couldn’t help but feel like an invader; a noisy trespasser on hallowed ground to which I had no valid claim.

As we rolled through mile after mile of virgin land, it saddened my heart that at one point in this quest for economic development, the natural and pristine views from the SGR would be replaced by the stamp of human encroachment. One day soon, instead of zebras, you will see golf courses. Instead of buffaloes, you might see malls. Gated communities, informal settlements, and dusty railroad towns will soon replace the vast beauty of the ‘great untouched’; and to be honest, that breaks my heart.

And yes, it’s genuinely hypocritical of me to moan about government projects that are disrupting our natural habitats while engaging in a daily liberation struggle with the original owners of the neighbourhood I live in. I mean, if we walk this dispute back in time, the baboons are going to come out on top. They’ve been here for aeons. But here’s the thing: We used to understand the principle of tacit co-existence. It used to be that man and beast could live side-by-side, with the occasional casualty on either side.

But these days, thanks to a whole host of factors, some imposed and others hopelessly internalised, humans in this part of the world will annihilate anything, whether beast or man, that stands in the way of the glorified economic development. It really is a doggone shame. Anyway. I dragged the SGR way back before I went on the dang thing. Now, I can say with certainty that that SGR is not worth Sh300 billion. Even the baboons I share my compound with would agree.

-Ms Masiga is Peace and Security editor, The Conversation

By Stephanie Wangari 27 mins ago
IEBC approves use of manual registers in parts of Kakamega, Makueni counties

By Biketi Kikechi 36 mins ago
Premium From early days in Kanu, William Ruto always fixed his eye on the prize