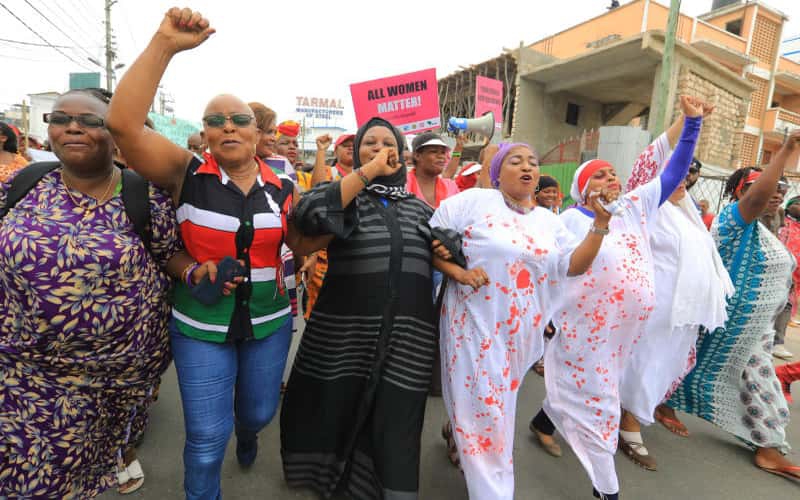 When the Covid-19 pandemic was hitting, the dust was just settling from the Nairobi summit on ICPD25 held in November 2019.

Kenya’s commitment document notes that gender-based violence and harmful practices are a concern to the country. Commitment 14 lays out Kenya’s resolve to eliminate, by 2030, all forms of gender-based violence, including child and forced marriages, by addressing social and cultural norms that propagate the practice while providing support to women and girls who have been affected. Additionally, Kenya also committed to eliminate of female genital mutilation by 2022.

Unfortunately, the pandemic seems to have interrupted implementation of the commitments. Not just in Kenya, but across the world as governments and other organisations scrambled to respond to the pandemic.

Covid-19 has also lifted the veil on how vulnerable girls and women are to violence at home and in their communities.

Shamefully, violence was a daily reality for women and girls across Kenya, even before the pandemic hit. According to the Kenya Demographic and Health Survey of 2014, 45 per cent of women and girls aged 15 to 49 reported to have experienced physical violence. Many cases are usually not reported to authorities and few women get justice or receive medical care.

When the pandemic hit, reports of rise in all forms of gender-based violence came to light.

The national gender-based violence hotline 1195 reported to have received 810 cases in September (as of 29 September 2020) compared to 646 cases in August, a 25 per cent increase.

Furthermore, scores of girls are feared to have been married off during the period that schools have been closed to curb the spread of Covid-19, and they may never return to school, jeopardising their health and safety at present and in future.

As the pandemic rages on, experts, led by the United Nations, have called for four things to be done urgently. First, no effort should be spared in funding programmes and activities to prevent and address gender-based violence.

Second, governments need to declare zero-tolerance to gender-based violence at all levels of society.

Third governments and other stakeholders need to maintain response to gender-based violence so that services for survivors are maintained as essential during Covid-19 lockdowns, including ensuring a continuum of adequate criminal justice response.

Last but not least, governments need to collect data to inform action in response to gender-based violence and harmful practices.