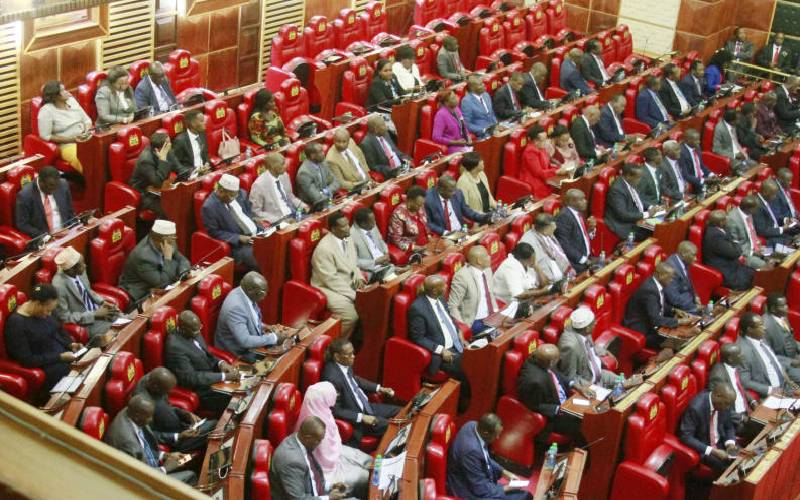 In any constitution-making process, focus is always on the balance of power between the three arms of government, that is, the Executive, Legislature and Judiciary. This balance entails the distribution of power to these arms in a structured manner that provides regulatory checks and balances.

Kenya has had several constitutional moments with the most recent being in 2010. Before the 2010 edition, it was widely acknowledged that from the country’s independence in 1963, the Executive had appropriated power from the other two arms of government. The 2010 Constitution sought to redress this problem and was, to a great extent, successful.

For instance, the fusion between the Executive and the Legislature was done away with so that Cabinet Secretaries (CSs) were no longer appointed from the Legislature. Currently, the president can only nominate a CS who must be approved by Parliament.

Another instance of a regulatory balance is where the power to nominate judges is removed from the president and given to the Judicial Service Commission (JSC). Even then, the president has his nominees to the JSC, who are the AG, the chair of the Public Service Commission, and two members of the public. However, the Chief Justice and Deputy Chief Justice must be subjected to vetting by Parliament before appointment.

Yet another example of checks and balances is found in the creation of devolution. In this, decision-making on how money should be spent was removed from the centre and dispersed to the counties. From 15 per cent of national revenues, it is expected that these funds will grow in percentage until the greater proportion of national resource spending is eventually reposited in county governments.

Because a Constitution is as a result of human endeavour, it is never perfect. Amendment therefore is never a question of “if” but a matter of “when”. Questions arise. Has Kenya reached that point? Does the country need a major overhaul of the 2010 Constitution? Hasn’t the problem of excessive concentration of power around the executive been dealt with?

For sure, there are areas of the Constitution that many would like to see reviewed. One of these is the fact that the Supreme Court has just 14 days to hear a presidential petition. Many feel that it is an unattainable ideal in view of time constraints. Then there is the two-thirds gender provision which has no constitutional formula for application in the National Assembly and Senate. This is also an affirmative action programme without a sunset provision. In other words, the Constitution is silent on when this programme should be edited out of existence once it has served its purpose.

But these are not the primary drivers of the clamour for amendments. If anything, the constitutional shortcomings, currently the subject of national conversation, appear to be more political than structural. For starters, the “winner take all” mantra that forms the bedrock of the amendment argument is a myth. There are robust checks and balances that fetter the activities of the executive. The opposition is an integral part of these. One then cannot create a role where the opposition serves in government.

And yet that is what is intended by expansion of the executive to accommodate at least five regional representatives. The proposed creation of PM office and deputies is on the wrong premise: That the five biggest ethnic communities must be accommodated in government. This is no longer constitution-making but pure politics.

Another dissatisfaction has to do with the Judiciary. Because it is the custodian of the present Constitution, it has made pronouncements that the Executive finds unpalatable. In its pre-2010 mindset, the Executive has attempted to claw back some constitutionally guaranteed civil rights and liberties but has been thwarted by the Judiciary. This has seen these two arms engage in unseemly public spats.

A proper constitutional structure protects us from the worst instincts within ourselves. Interference with the current structure that delicately balances power runs the risk of creating authoritarianism. Examples abound of populist characters who were voted in but became dictators. That is why it is important to have structures that cannot be manipulated by populists for self-aggrandisement. It would lead to the dearth of checks and balances. Is Kenya really ready for another constitutional moment?

The Nzamba Kitonga people did not know