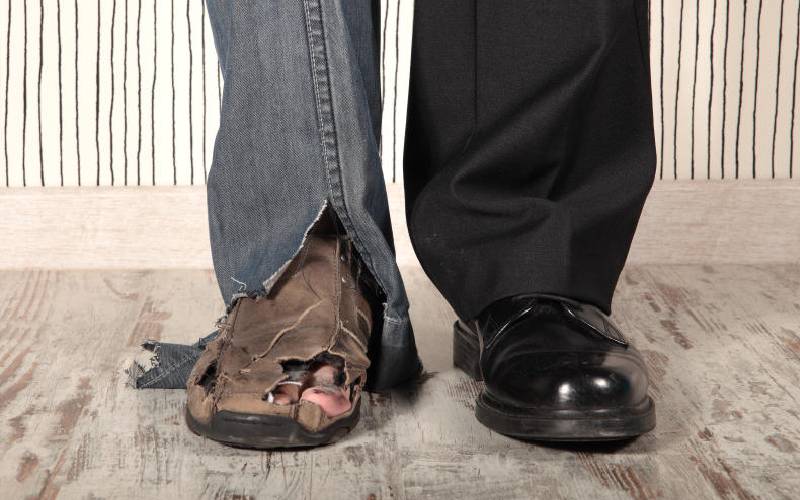 Under Article 217 of the Constitution, the Senate is required to determine, by resolution, the basis for allocating among the counties the share of national revenue that is annually allocated the devolved units.

It is now the Twelfth Parliament's turn to determine the third basis that will apply over the next five financial years. By all indications, the Senate has set out to perform its constitutional duty in a rather messy and escapist way and things are bound to get muddled up by the time the Senate’s resolution is presented to the National Assembly for approval in accordance with Article 217(5) and (6) of the Constitution.

In order to understand the deepening controversy over the determination of the third basis, we need to bear in mind four things. For starters, when the Tenth Parliament determined the first basis for revenue allocation in November, 2012 the MPs’ terms had virtually expired and the campaign season for the March, 2013 General Election had commenced in earnest.

Secondly, the Eleventh Parliament decided the second revenue formula in June 2016, when political positioning for the 2017 General Election was just starting. By then it had become obvious that revenue sharing was a consequential matter and generally populated counties in Central and Western Kenya had been disadvantaged by the first formula.

Thirdly, for the financial years 2013/14 to 2019/20, during which nationally raised revenue has been shared among counties, it has become apparent to rational people that the revenue sharing formula is a consequential thing with far-reaching socio-economic implication.

Fourthly, seven years after devolved governments were rolled out, a consensus is emerging among major political actors that sooner or later the county governments’ share of revenue raised by national government will have to be doubled or tripled from the current minimum of 15 per cent.

This means that by the 2021/22 financial year, the amount of revenue being shared among the counties might increase from the current Sh320 billion to Sh600 billion plus.

Viewed against this background, it bears emphasis that the Senate of the Twelfth Parliament is not permitted by the Constitution to abdicate the responsibility to determine the third generation revenue formula merely because the outcomes of the recommendation of the Commission on Revenue Allocation (CRA) is not politically palatable or offends historical prejudices.

It is not right for the Senate, for instance, to discard the recommendation of the CRA and replace it with an arbitrary arrangement that guarantees palatable outcomes precisely because Chapter 12 of Public Finance and particularly Articles 215 to 219 on revenue allocation exist to prevent such arbitrariness in sharing of financial resources.

When all is said and done, however, the reason behind the current controversy is more political than it is technical from legal and economic perspectives.

Truth be told, the ghosts of Sessional Paper No. 10 of 1965 have been woken to justify a revolt against Article 217 of the Constitution because it has seemingly failed to yield a formula that gives Kakamega, Kisumu and Elgeyo Marakwet counties additional funds without giving more money to the “rich” counties of Central Kenya.

This is the elephant in the room that we must confront in order to resolve the controversy with more objectivity, less elite hypocrisy and devoid of philistine patriotism.

In a multi-ethnic, semi-democratic and poor society, any president must govern with a national coalition of eating chiefs, however tribalistic he may be. This was true of Jomo Kenyatta, Daniel arap Moi and Mwai Kibaki.

It is equally true of Uhuru Kenyatta’s presidency, as it will be after 2022. To put it more dramatically, during the tenure of a particular president about 200 to 1,000 of his allies, cronies and relatives may become millionaires out of State largesse, but it would stretch credulity too far to contend that the president’s community became rich within a decade on account of that fact alone.

No doubt, in Kenya some people and communities are  poorer than others, but differential in degrees of impoverisation does not justify to describe the less poorer individual or community as rich. In all fairness, there are no poor and rich counties or poor and rich communities in Kenya.

That aside, on August 31, 2010 – barely a week after the promulgation of the new Constitution – the then Minister of State for Planning, National Development and Vision 2030 Wycliffe Oparanya released the report of population census conducted in 2009.

While releasing the census report the minister cancelled the results for eight constituencies and ordered a repeat of the census in those areas to verify the cause of unusual population patterns and incredible variance of the enumerated results from the projected results.

When the results for the 2019 census exercise were released, they confirmed that Mandera and Turkana counties do not have as many people – poor or marginalised – as the fraudulent census of 2009 had shown.

The direct consequence of this manipulation of population figures is that those counties have for the last seven financial years received funding disproportionate to their population. Specifically, Mandera has received almost double allocation based on ghost population figures.

Factoring in all these matters, I cannot countenance for a fleeting minute the notion that the Somali are less poorer than the Luhya and Luo communities. Therefore, one could not help but marvel when Bungoma Senator Moses Wetangula offered to surrender some of the revenue allocation to his county under the CRA formula to Wajir County despite the fact that since devolution was rolled out in 2013 Wajir has received double the allocation of Bungoma County in spite of the latter having double the population.