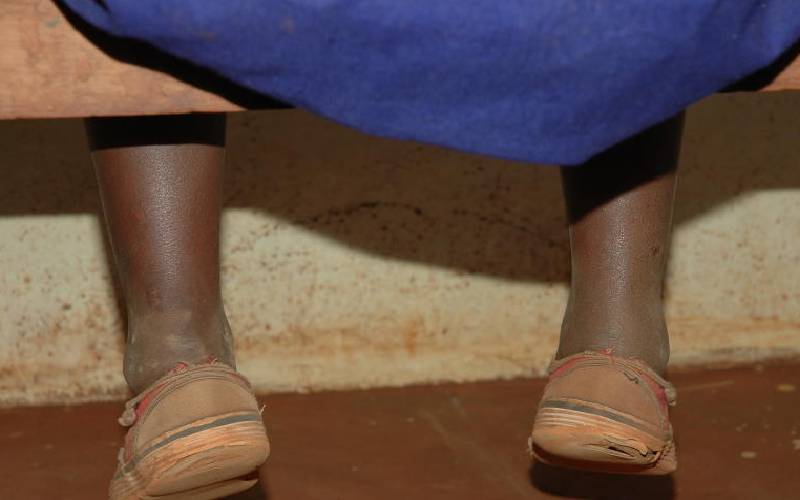 In only four months, more than 5,000 rape cases have been reported across the country.
A quick calculation of the cases shows an average of 41 people are raped everyday.
A Ministry of Health statement on Friday showed incidents of violence against the vulnerable members of society have increased by seven per cent between March and June, compared to the same period last year in Kenya.
It added that Wajir, Turkana, Kisii, Nandi, Lamu, Homa Bay and Kisumu had recorded a 30 per cent increase in incidents of violence.
More than five thousand rape survivors received medical treatment in various hospitals across the country during the same period.
The survivors are largely minors and comprise 5 per cent male and 95 per cent female survivors.
The Ministry of Health denied that some of the measures put in place to curb the spread of coronavirus are fueling violence.
CAS Mercy Mwangangi said the measures do not at all justify the violence being meted out on innocent members of the society more so, women and children.
Although the ministry downplays the connection, it is difficult to cut the relationship between the violence cases and the pandemic. The 5,000 cases were reported between June and March, when the Covid-19 cases were first reported in Kenya and restrictions then implemented.
The finding further raises questions on when and where the incidents took place. The fact that 41 people can be sexually violated in a day shows the perpetrators do not need what many assume would be an enabling environment. It can happen anywhere.
With bars closed and the dusk-to-dawn curfew in place, and police on night patrols, then we know the rape victims did not fall prey to their attackers because of what they were wearing, or were too drunk, or was in the wrong place at the wrong time.
Domestic violence, gender based and sexual violence incidents have gone beyond the territories we thought we knew previously. As the world evolves, so do perpetrators. They find better, efficient ways to carry out their acts.
The situation will keep getting worse until society learns to deal with it, head-on.
Case in point is a top Kenyan university which apologised in February for blaming "reckless" female students for becoming victims of rape.
The security memo sent to all students, was "insensitive", the University of Nairobi's vice-chancellor admitted.
A petition started in response to the memo questioned how women could be blamed for their own rape.
The memo, signed by the head of security, said the rising number of cases of robbery and rape of university students in Nairobi occurred at certain spots close to campuses.
It also included tips about how to keep safe in social gatherings, suggesting students always go out with trusted friends, memorise important numbers in case they lost a phone and never leave their drinks unattended.
The Kenya National Bureau of Statistics study from 2014 shows 14 per cent of Kenyan women have experienced sexual violence.
It is also difficult to talk about rape and leave out the increase in the number of teenage pregnancy, especially during the lockdown and school closure.
It is evident that children are being lured into early sex.
The time is ripe for each society pillar to play its role: the educators, the family unit and religious outfits.
Some educators, unfortunately, have used the situation to point an accusatory finger at the parents for allegedly not watching their children. While they may have evidence in the rape cases and teen pregnancies, the victim remains.
As perpetrators find new ways to attack, those responsible further need to nip the problem in the bud before '41' goes higher.