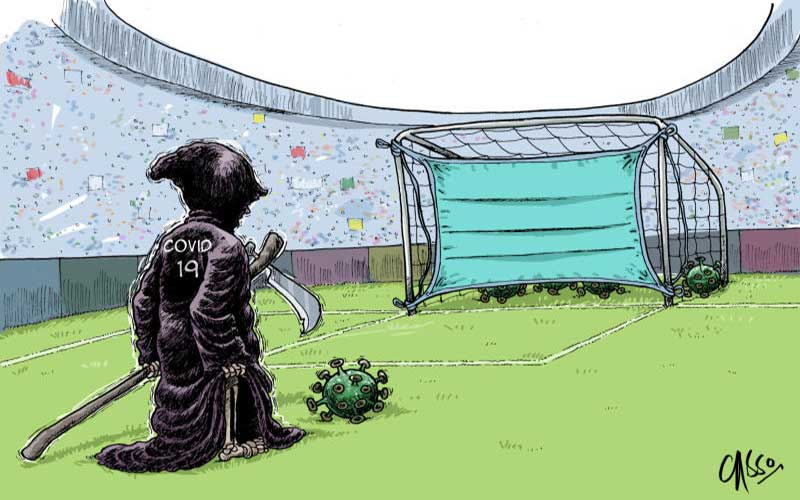 In the Epistle to the Hebrews, the author exhorts Christian believers to persevere in the face of persecution. It explains to us the doctrine of Christ, and elucidates his role as a mediator between God and humanity.

As these facts about religion were becoming clear, the new believers were facing all kinds of hardship and were constantly caused to question their faith, and to reconsider the track they were on. This kind of difficulty was not easy to overcome, but the award - an eternity in heaven - would of course be worth it.

Still, it is not always easy to keep doing something in the present when the rewards are not immediate. Those early Christians in the land of the Bible knew this better than anyone. Every man and woman faces at least one period in their life where they are not sure if it is worth persevering. A moment in which they think about giving up. An occurrence that causes them to question their decisions and think about taking an easier route.

In Hebrews 12:11, we are taught, “For the moment all discipline seems painful rather than pleasant, but later it yields the peaceful fruit of righteousness to those who have been trained by it.”

Indeed, it was not easy to be a Christian when the religion was at its inception stage. The world was not yet familiar with the truth, while the communities around the early Christians were suspicious. They had not yet been exposed to the word of God, and to his almighty grace.

And that is why the Bible preaches the importance of discipline. It is such a simple concept to understand, but a difficult one to live. Really, nothing in life comes easy. Anything that can be attained quickly is probably not very valuable.

Think about all of the behind the scenes work that Kenyan runners put in in order to rise to the top. They are not simply born like that. They live in running camps year round to train and live a life of discipline to build up to serious global running competitions.

This metaphor can be applied to the daily lives of non-athletes as well. Discipline is exactly what each and every Kenyan needs at this point in time. From discipline emerges many other virtues of the personality and soul: patience, care, optimism, respect.

The discipline I am referring to right now is with regards to Covid-19 regulations. It was inevitable that the virus would spread in Kenya even with President Uhuru Kenyatta’s strict regulations as soon as it reached Nairobi. Scientists across the globe simply do not know enough about it as it ravages the world.

It has spread rapidly even in some of the world’s wealthiest economies. But in many cases, the leaders of those countries did not do enough to implement restrictions on movement that could make any difference.

Luckily, President Uhuru Kenyatta did take the courageous steps right from the beginning to urge us to practice social distancing and do all things possible to mitigate the virus as much as we could.

That caused an inevitable economic blow. Now, with many businesses and institutions beginning to open back up, the virus is likely to continue to spread. It is a necessary step for keeping our economy afloat, but it will not be easy.

That is where self-discipline steps in. Even as we begin to return to normal, step by step, we must take all of the same precautionary measures that the President has outlined from the beginning.

This includes wearing masks at all times when out in public, and maintaining physical distancing to the best of our ability. It is still possible to be social with our communities during these times, whether that be in parks or in church. But we have to do our part to practice proper hygiene and contribute to the mitigation efforts.

Many people who are impatient for things to get back to normal might be doubtful. They might be cavalier about following the rules. But when those challenges arise, remember that the self-discipline that you practice during this time will save lives.

Most overlooked truths on money, business