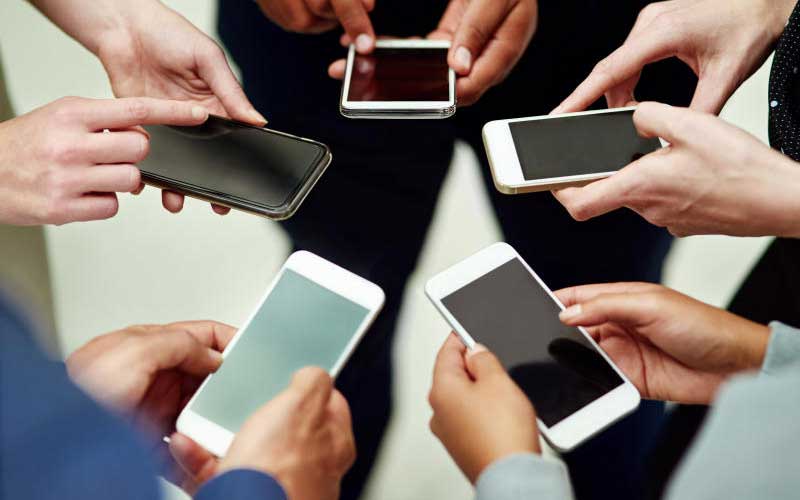 With an estimated 87 per cent internet penetration rate, Kenyans are amongst the biggest internet users in Africa.

Over the past few years, they have grown accustomed to using mobile phones for all aspects of life. Mobile money transactions have become nearly ubiquitous.

Furthermore, due to the coronavirus pandemic, more students and teachers are going online to communicate. It is not the same as classroom learning, but the younger generations are finding ways to make the most out of a far-from-ideal situation.

The modern world requires access to the internet for all facets of life and development, and that is probably why President Uhuru Kenyatta has seen wisdom to incorporate it into the Vision 2030 economic development strategy. Though we still have much progress to be made, Kenya is on the right track in terms of technological advances.

In fact, under the Uhuru administration we have watched as Kenya’s Information Technology sector has shifted from something minor to one of the main contributors to economic growth.

As the installation of more fibre optic networks and mobile broadband extension has pushed internet usage up in recent years, Kenya has also attracted a lot of private investment in the tech sector; earning the title “Silicon Savannah” in certain circles.

Nairobi has emerged as one of Africa’s main technology hubs, with start-ups coming up with new ideas at a dizzying pace. Local and foreign talent regularly call Nairobi home as they begin their entrepreneurial adventures. It is the ultimate destination for start-up founders, with a reasonable cost of living, huge pools of local talent, and government policy that supports SMEs.

But even with these conditions, Kenya still does not have complete internet penetration rates. Globally, nearly four billion people do not have access to the internet. This is for a number of reasons, ranging from infrastructure and difficult terrains, to people living in some of the world’s most remote places. Even modern technology, which is constantly evolving, has its own limits.

Therefore, some people in Africa’s remote corners are still without access to the internet, and sometimes electricity. As a result, two of Silicon Valley’s major tech firms have launched wide scale projects to make the internet more widely available in Africa. Google and Facebook have been funding major infrastructural projects to set up undersea internet cables reaching Africa.

And Alphabet, which is Google’s parent company, has been working on something a little bit more unique. In 2013, Alphabet launched the Moonshot Factory. This project would send balloons out into space that enable people from far reaching corners to get internet access from the balloons.

After many years of trial and error, this finally came to fruition recently in Kenya under the name Loon. Partnering with Telkom Kenya, Loon launched 35 balloons in constant motion about East Africa. According to the partners, this gives access to more than 35,000 early users already. According to Loon, one balloon can offer up to 200 times the amount of reach as a regular cell phone tower.

The connectivity serves users far away from Nairobi, where the internet is generally already good and highly accessible. It covers a 50,000 square-metre region including Iten, Eldoret, Baringo, Nakuru, Kakamega, Kisumu, Kisii, Bomet, Kericho, and Narok.

The fact that Silicon Valley tech giants are looking to partner with Kenyan companies demonstrates the trust they have in Kenya’s economic growth potential. Even if things are looking very challenging in the short term due to Covid-19, our long term prospects are as bright as ever.

Under his leadership, Uhuru has transformed Kenya into Africa’s foremost leader in all things tech. This is not something we should take for granted. Even if we personally, or those we know, are not working in the tech sector, having a robust IT industry does wonders for any economy.

Silicon Valley has become one of the most expensive real estate regions of the world, while in other countries like Singapore and Israel, high tech has transformed their economies from developing level to high income.

And even though we are not hearing much in the news about anything except for Covid-19 in recent months, things are still going on in Kenya to work towards our economic advancement. The long term visions that our leader has laid out for Kenya will not fall by the wayside due to a temporary block in the road.