Covid-19: A wake-up call to strengthen systems protecting our girls 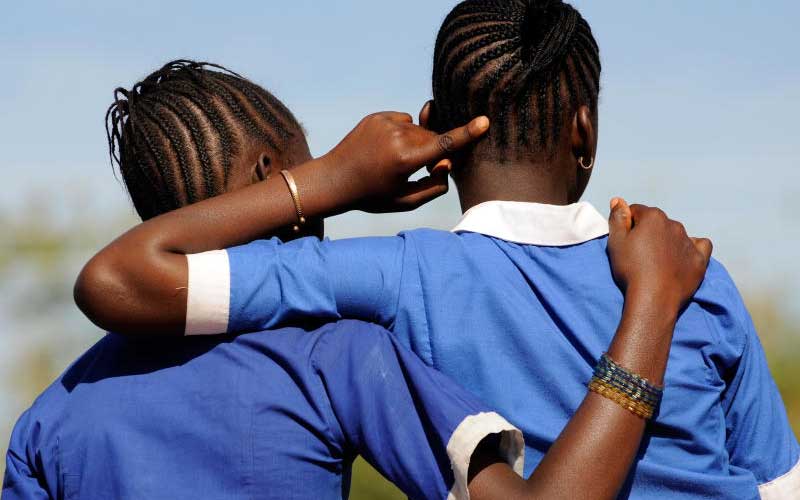 The recent commemoration of the Day of the African Child saw the release of a troubling statistic related to teenage girls in our country.

According to this report, 4,000 school-aged girls were impregnated in Machakos County alone throughout the course of the Covid-19 lockdown. Many of these were reportedly a result of family members, with five per cent of these girls being below the age of 14.

This reinforces already existing concerns regarding the plight of young girls in Kenya, which ranks among the countries with the highest rates of teen pregnancies on the continent.

For a while, President Uhuru Kenyatta has been leading the challenging undertaking of bettering the lives of young girls. They are the future of our nation and deserve to be treated accordingly.

At the International Conference on Population and Development (ICPD25) in Nairobi late last year, Uhuru was quoted as saying, “Empowering women essentially empowers nations, societies and the world”. This is a fact which has been proven time and time again, with UN estimates reporting that gender gaps can cost the economy upwards of 15 per cent of GDP.

An important part of addressing these gender gaps has been Uhuru’s campaign to ensure women have access to adequate reproductive health services. Without these, unwanted pregnancies become rampant and women find themselves bearing a disproportionate responsibility for unpaid care and domestic work related to child rearing.

Aside for ensuring access to sexual health services and contraceptives, Uhuru has put the need for comprehensive sexual health education at the forefront of his efforts.

Given its sensitivity to making contraception accessible, the toolkit being provided by Uhuru’s Health CS Mutahi Kagwe to address women’s issues has been opposed by powerful actors. Despite pressure being exercised, Uhuru’s government has been adamant about ensuring the well-being of our daughters.

According to government provided literature, “Access to comprehensive sex education is a human right; an individual should be able to make informed decisions to navigate life changing decisions about their own sexuality and reproduction”.

An additional issue which Uhuru’s presidency has been dedicated to fighting is that of female genital mutilation (FGM). Despite the fact that FGM has been banned in Kenya, according to NGO’s working on the subject, as many as one in five Kenyan girls are still subjected to the practice.

In order to ensure an end to women being forcefully circumcised, our president put in place a concrete plan of action aiming at eradicating this completely by 2023. The timeline of this ambitious plan is significantly ahead of the rest of the world, which is working according to the UN goal to end FGM worldwide by 2030.

The measures instituted by this government to date have significantly reduced the prevalence of the practice. Ending FGM though requires looking beyond our borders, as often girls are taken abroad by perpetrators looking to circumvent preventative legislation in Kenya. That is why Uhuru signed an agreement with our neighbours Uganda, Tanzania, Somalia and Ethiopia that now criminalises cross-border FGM. This agreement also bans medical professionals from carrying it out, and does not allow girls’ consent to be cited as an excuse for this.

Often what is needed most by those women suffering from these barbaric actions are concrete support systems that enable them to get away from those seeking to harm them physically and emotionally.

The national government has collaborated extensively with local authorities to provide shelters for those brave women looking to start anew. These shelters provide them with basic needs such as a place to sleep and food, while enabling them to pursue an education and a career. Shelters also create a sense of community and belonging among women, many of whom are running away from similar things.

As is always the case, instituting real societal change must include a focus on education. These have become a focal point of the president’s fight to protect the daughters of our nation.

Campaigns to raise awareness and alter cultural perceptions have been the hallmark of his government’s work. The focus has been two fold and included the human rights aspect as well as the extensive financial cost being levied on our society by marginalising women and their well-being.

Nelson Mandela was not wrong when he famously said, “Education is the most powerful weapon which you can use to change the world”.

Health officials at the beginning of the pandemic had urged citizens to report even mildly symptomatic cases, which would then be taken to designated