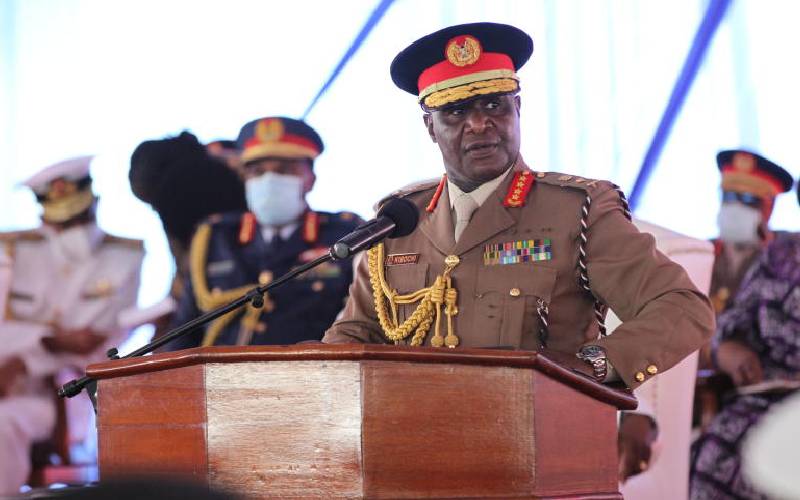 Few soldiers make lasting and memorable impact. They often do things for the common good because those things need doing. They care for the ‘commons’ rather than for individual advancement but, in so doing, they inadvertently advance their interests in terms of positive legacies.

Kenya’s post-colonial military experience is mostly British in training and aptitude. In the transition period from colonialism to independence, Britain helped to identify potential African officers from two sources.

Mwathethe hangs his boots after 42 years

Britain also seconded officers to mentor Kenya’s new military. Britons identified Ndolo as the first African Army Commander and then Chief of General Staff (CGS) in 1966 and 1969. President Jomo Kenyatta had decided to unify the three new services of army, navy and air force initially under Major General Robert Bernard Penfold. He then appointed “Effendi” Ndolo to replace Penfold on May 8, 1969.

Mohamed, the last CGS from the KAR group, had crushed the August 1982 coup attempt by the air force. He was CGS for 10 years, up to 1996. His departure freed the military from the KAR mind-frame and opened the way for post-colonial officers, bubbling with ideas. Tonje, full of fresh thinking, was team leader.

Tonje, wrote Daniel Opande, had vision that many officers lacked. In reforming the military, he introduced gender equality, abolished wage payments, started health insurance for the military and struggled to cater for veterans’ interests. In addition, Tonje, the “grand strategist”, dreamt of building critical policy-making masses. He persuaded Moi to establish the National Defence College as a top multi-sector regional military and civilian training organ for safeguarding national interests. He made Opande, with peace-keeping experience in Namibia, Mozambique, and West Africa, the first Commandant.

Tonje retired in 2000, after four years as per his rules and Joseph Kibwana took over as CGS. All the subsequent CGSs, and most of the service commanders, have had NDC association and know the “Tonje rules” of military etiquette and governance.

Kibochi embodies the Tonje vision. Besides mastering military basics and having graduate degrees, Kibochi has the critical NDC exposure as to what constitutes national security and national interests. Kibochi has an opportunity to show intellectual capability as a critical thinker and possible ‘grand strategist’. In the next four years, he has the burden of not disappointing Tonje.

The need for a permanent solution to the flooding menace and destruction of lives and property cannot be overemphasised.

By Andrew Kipkemboi | 2 days ago

By Rose Mwaura | 2 days ago

By Michael Kiptoo | 2 days ago