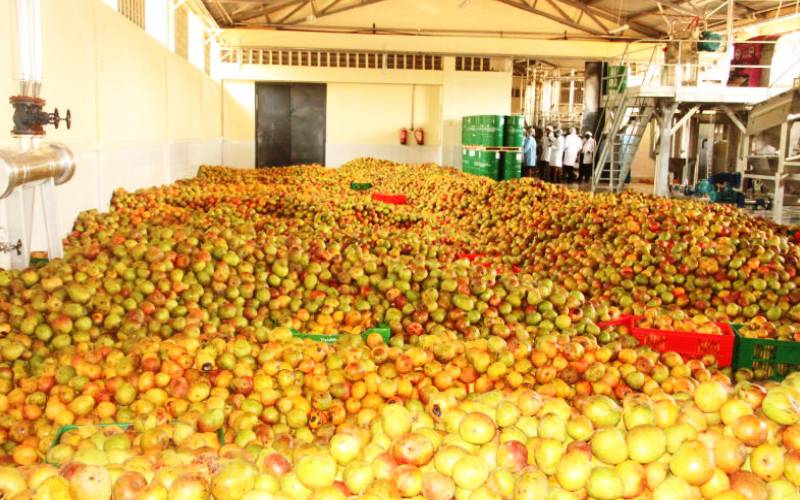 Some six years into the devolution process, Makueni County has emerged as one of the most talked about success stories.

It has implemented its own “universal healthcare programme.” It has built a mango processing plant to secure much better prices for mangoes that are produced by a majority of farmers in the county. It has also built a local milk processing plant so that dairy farmers can get higher incomes from their milk.

Underpinning these decisions has been a participatory planning process which identified what county residents really wanted. Governor Kivutha Kibwana explained his administration’s philosophy as follows: “We watch what the people do, and ask what we can be doing to help them.”

Many international development agencies have advocated for such a process worldwide, but I have rarely seen it implemented with such fidelity to the principle, thoughtfulness to achieve prioritisation and good results.

Makueni gives much hope that devolution works and that, by emulating its model, other counties can also achieve significant success. But, to think Kenya has now found a “best practice” that can be readily replicated is to trivialise the achievements of Makueni and to underestimate the challenges counties will face.

Many Kenyans would recall that during his first term, Kibwana had to face down the demand by the members of county assembly (MCAs) to allocate a large portion of the county budget to them directly so they can fund their own pet projects.

He narrowly survived the MCAs’ attempt to impeach him and managed to maintain his principle that the budget be allocated to the people’s priorities. It took political courage to fight the old ways of politics. But, that was not all.

By visiting the governor and meeting other actors who saw some of the key reforms from close quarters (e.g., the team that designed and built the mango plant), I came away with a fresh appreciation of the enormity of their achievements. At the core, what Kibwana had to do was to overcome the influence of “cartels.”

They are seldom producers of anything; they make money by engaging in predatory trade or manipulating public procurement processes. The MCAs’ attempt to hijack the budget for personal benefit during the governor’s first term was another form of this “cartel” problem. In his effort to help mango farmers, the governor first tried to persuade the traders to pay a better price. Finding that no one was willing, he decided that the county should build its own processing plant.

He directly asked Jomo Kenyatta University of Agriculture and Technology (JKUAT) to manage the project, probably to ensure the procurement process would not be manipulated by cartels.

Still, some shady characters approached the JKUAT team and offered to “take care of the procurement” of the plant and equipment. Only with staunch support from the governor was the project completed successfully. In every area of reform, the county had to fight off the resistance from the entrenched “rent seekers.”

The Makueni episode shows the critical importance of the integrity and courage of the governor, combined with management skills. None of the successes would have been possible without these qualities.

Makueni has also shown that the real-life impact of overcoming cartels is immediate and immense. No one has been arrested for corruption. Yet, people’s lives have improved noticeably. That is what people ultimately want from the devolution and the fight against corruption, isn’t it?

There is another lesson, about sustainability. A revolutionary change is not enough; it must lead to a good government. Kibwana’s efforts to institutionalise citizen engagement in the participatory budgeting process are clearly aimed at cementing a new governance culture.

Many Makueni residents are of Kamba origin, and like many other African tribes, the Kambas have a strong tradition of collective decision-making. The governor has tapped into this culture to make his consultative approach take root quickly.

People truly appreciate the opportunity to voice their views and take their responsibility seriously; they even engage actively in community oversight of public works projects.

A rare combination of personal qualities of the governor and his focus on institutionalisation of reform underlie Makueni’s successes. However, Makueni is not an exception that cannot be replicated. I have seen recently what Governor Wilber  Ottichilo has been doing in Vihiga.

He too seems to have the requisite personal qualities to effect a profound change and is focused on institutionalising transparent governance and citizen participation. I hear there are other governors who are similar, for instance in Elgeyo-Marakwet and Laikipia.

The cynical view that devolution has simply devolved corruption is not entirely unwarranted. But, there are clearly hopeful signs that what the constitution envisioned is happening. It’s time for people to find more governors who will deliver a real and lasting change.

Deadline for new passport moved again by a year