Invest in youth to eliminate FGM in Africa 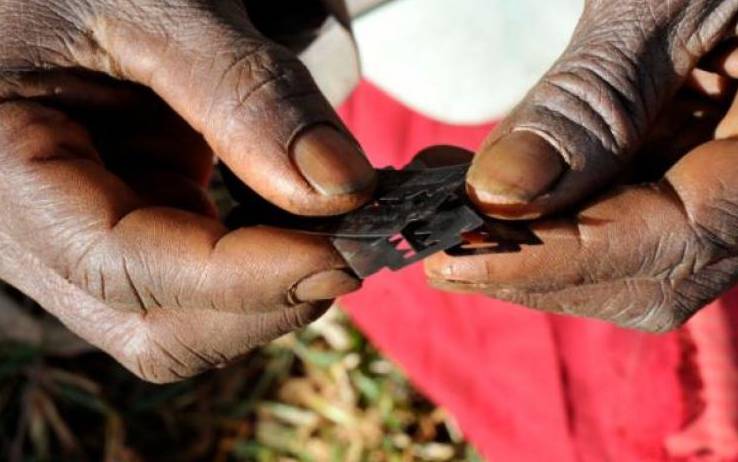 Female Genital Mutilation (FGM) is one of the most horrific human rights violations imaginable, as it negatively affects the health, education and overall development of women and girls. With 200 million women and girls affected, ending this harmful practice is an urgent moral imperative that we cannot afford to ignore.

Although we have made tangible progress in the 25 years since the International Conference on Population and Development (ICPD) in Cairo, where countries agreed to end the practice everywhere, we are currently facing headwinds. In the places where it is most prevalent, FGM is declining, but not at the speed and scale that is required to meet global commitments. However, these same countries are experiencing high rates of population growth – meaning if the practice persists at current levels, the number of girls affected as a whole would continue to grow, while they continue to grapple with in some ethnic groups with persistent social norms and cross border propagation of the practice.

Indeed, the United Nations projects that the population of young people in the world’s least-developed countries – among the places where FGM is most commonly practiced – will jump to 62 per cent by 2050. These trends are leaving more girls vulnerable than ever before. In 2019 alone, more than four million girls were victims of FGM, and if urgent action is not taken, up to 68 million could be subjected to the practice by 2030.

So how can we accelerate the much-needed progress by the end of the decade? How can we truly turn this into a decade of action where we accelerate sustainable solutions? The answer is simple and straightforward: We must listen to, support and invest in young people.

Africa must leverage the power of youth in high-risk countries, where support for FGM among people aged 15 to 19 is much lower than among those aged 45 to 49. Increasingly, young girls are growing up with a much higher chance of remaining intact compared to their mothers and grandmothers. This new generation can champion a global movement, transforming traditional norms and inspiring their peers to stand up to their elders by saying no to this form of gender-based violence.

In so doing, young people need to know that their governments are firmly behind them. That is why the Kenyan government will work with all relevant stakeholders to end FGM by 2022, eight years ahead of the deadline to meet the target set under Sustainable Development Goal 5. In a country where FGM is still prevalent despite being outlawed in 2011, Kenya is paving the way for other African countries to aim higher.

Kenya is setting the bar for the rest of the continent and globally with innovations like the Johari Beads Initiative, a multi-stakeholder partnership between UNFPA, the government, and EcoBank. By turning traditional beadwork into a viable commercial enterprise, the project is empowering girls and women in rural areas to take control of their futures while spurring social change in their communities. Furthermore, the government, as part of the build-up to the ICPD25 Summit, convened neighbouring countries of Ethiopia, Uganda, Somalia and Tanzania to collectively evolve solutions to address the cross-border implications of FGM.

The promise of such partnerships underscores the increasingly urgent need to back up our rhetoric with concrete financial commitments. The good news is that we now know exactly how much it will cost to achieve our goal. UNFPA estimates that a global investment of $2.4 billion would be enough to eliminate FGM in 31 priority countries by the end of the decade. It costs on average $94 to avert a single case.

In November 2019, Kenya and UNFPA, alongside Denmark, stood on stage as co-conveners of the Nairobi Summit on ICPD25 to compel the international community to make firm commitments to complete the ICPD Programme of Action by 2030. Doing so requires eliminating all harmful practices against women and girls, including female genital mutilation.

In Nairobi, we were overwhelmed by the energy and passion of many young activists defying social norms to raise awareness about the dangers of FGM. This resolve can propel us to reach our goal, and we must build on this momentum to get the job done.

At this week’s African Union Summit in Addis Ababa, we hope all African countries will heed our call to rid the continent of FGM once and for all. Let’s remind ourselves not only of the commitments made in Nairobi but of the pledges the AU Member States made 10 years ago with the launch of the Initiative on Eliminating Female Genital Mutilation.

As we observe the International Zero Tolerance Day to Female Genital Mutilation on February 6, let us give our young people the opportunities they need to forge a brighter future and to deliver on our promise to keep all African women and girls safe from the knife.

Mr Kenyatta is the President of Kenya. Dr Kanem is UN Under-Secretary-General and Executive Director of the United Nations Population Fund (UNFPA).