In the age of social media, parents need to be more alert 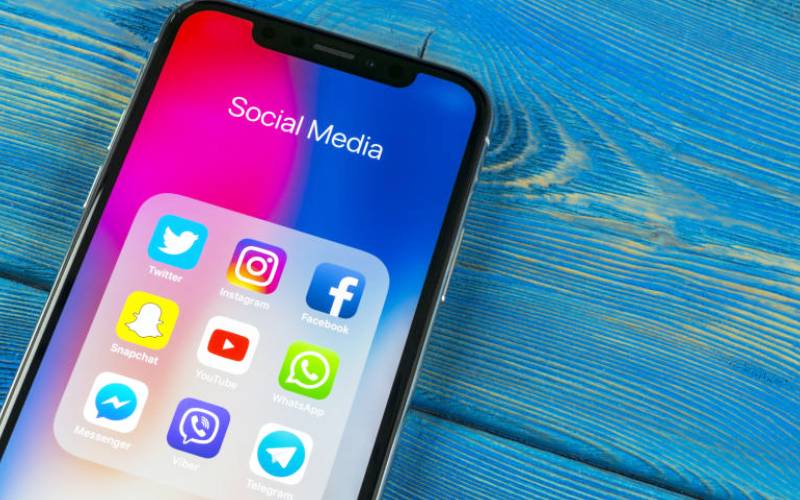 Over the past few days, many conversations on social media have revolved around a video posted by a teenager on his Instagram account. The video has raised many questions including how much access children should have to the Internet.

Gone are the days when parents could leave their children alone for days with caregivers who were more in charge of their upkeep (hygiene, nutrition and safety) than their intellectual and emotional growth.

The parents of 2019 and beyond will need to be emotionally and intellectually available for their children. Whether they do this by being physically or remotely present is something every parent will have to figure out individually.

By remotely present, I mean that parents will have to understand and connect with their children even when they are away from home.

The best option would be to be there physically but, with the demands of providing for the family, it is almost impossible to ask working parents to always be home whenever their children are.

So how do parents connect with their children even when they are away from home? Unless a family has telepathic abilities, the answer most obviously points to technology.

Many parents have resorted to buying their children cellphones complete with communication applications such as Skype, WhatsApp and Messenger and ensuring there is even a reliable internet connection — to allow their children to communicate with them whenever they are away.

The problem though is that by opening these communication channels to their children, they have also opened a window (or even a door) for other people to reach their children. In the best scenario, these people are their schoolmates next door who need to borrow a textbook or their teacher who needs to communicate some changes on an assignment.

But there are other scenarios too. Parents can expose their children to people they wouldn’t want their children to come into contact with; from the wrong crowd and cyberbullies to ill-intentioned predators such as paedophiles and identity fraudsters.

Monitoring social media accounts and limiting exposure to internet may not be enough any more. Children are coming up with ways to beat their parents’ systems. Some teenagers have multiple accounts—one to fool their parents into thinking they are posting “innocent” things. They call this the “finsta” or “fake Instagram” account.

Then there’s the other account where they post the things their parents or teachers wouldn’t approve of, where they can take on another persona without being noticed, basically a “burner account” that is not related to their real identity.

Protecting your children online might not be as easy as withdrawing their gadgets either. Children will always find a way to get what they feel they need.

It is time parents had conversations with their children about the consequences of viewing and posting inappropriate content online. It is time also parents spent time to understand the social media of their children’s generation.

Social media is no longer about posting photos and seeing how many people will like them. There is a whole new world out there that goes beyond internet addiction, sexting and peer pressure. From the way things look, those are just the small problems.

Parents need to consider the effects of negative interactions through social media. If they are not  recognised and handled on time, they can be risky to their children’s emotional health and social well-being.

Children and adolescents are especially susceptible to these negative interactions because, hey, let’s not sugarcoat it, their minds and hearts are not well enough developed to handle them. They are still at that stage where they are building their identities and trying to find their place in society. They haven’t yet decided whether they need to stand out or fit in or do both in that artistically fantastic way that people make us want to believe they do.

Honestly, children still need guidance with a lot of things. Yes, digitally, they seem to be the ones teaching us things but we should never ever confuse that with them being emotionally and intellectually capable of handling what’s in the digital world.

Being on social media allows people to communicate more indirectly and gives them the courage to say and do things they would never do in person. This could be anything from flirting with a stranger to confronting a person over an issue.

Most adults are able to handle the feelings that come from these interactions but children are ill-equipped to do so.

In short, there is an impending crisis in which there will be millions of people who will emerge from adolescence knowing there is a huge contrast between who they appear to be and who they think they are. Houston, we have a problem!

Teenage pregnancy: Let us not bury our heads in the sand

Teenage pregnancy: Let us not bury our heads in the sand

Reopening of schools should not present an opportunity to ‘eat’

Reopening of schools should not present an opportunity to ‘eat’