After key election, a whiff of trouble in Jubbaland 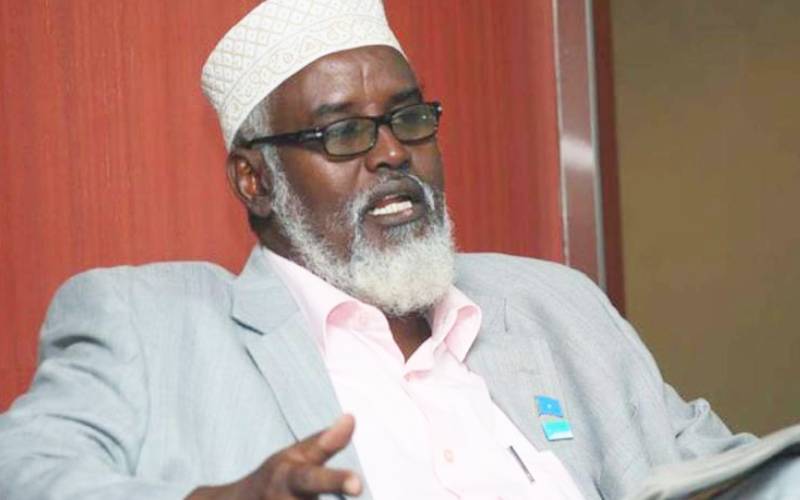 He obtained 56 of the 74 seats and was sworn in for another term as president of Jubbaland. Clearly, the people of Jubbaland were happy with Madobe’s ability to contain insecurity and provide a conducive environment for progress and investment.

Second, and this was not expected, Federal Republic of Somalia President Mohammed Abdullahi Mohammed alias Farmajo refused to accept Madobe’s victory. Farmajo seemingly organised his own voting in which Madobe supposedly lost. Subsequently, Jubbaland has theoretically two state governments; a recipe for instability in the region.

Jubbaland is similar to Somaliland, another autonomous state within the Somalia Federal Republic, although they are geographically far apart. Somaliland, a former Italian colony, is in the middle. With their relative ability to control the Al Shabaab, the two states tend to be more stable and peaceful than the others.

Safaricom entry into Ethiopia; Is collaboration the better option?

They partly succeeded for some time by using the glue of irredentism on land against Kenya, Ethiopia, and Djibouti. The melting of the glue separated Somaliland and Jubbaland parts from Italian Somaliland. Farmajo would like to restore the glue, this time using sea irredentism.

Farmajo is a man in trouble. He will be seeking re-election in 2020 and appears jittery about his prospects. He presides over a make believe country, fragmented in itself due to internal factions competing for power. He and most of those in the top echelons of his government are foreigners in Somalia.

Since they hold citizenship in Europe, North America and Qatar, they are vulnerable to charges that they are reckless and do not care about Somalia because they are proxies serving foreign interests. His behaviour towards Jubbaland, trying to nullify Madobe’e election, is seemingly part of the external power play using Somalia as the stadium.

Besides Europeans and North Americans pulling strings, through their citizens who are officially ministers or top Somalia policymakers, there is serious Middle Eastern rivalry involving two hostile camps spending resources to undercut each other in the Horn of Africa. These are Turkey and Qatar, on the one side and Saudi Arabia and United Arab Emirates (UAE) on the other.

Saudi Arabia and UAE expected Somalia to join their anti-Qatar activities but they became hostile when Somalia tried to play neutral. Riyadh unsuccessfully dangled a large financial donation—80 million dollars—to Mogadishu, to cut ties with Doha. On its part, UAE cut aid to Mogadishu, closed a hospital, and then boosted engagement with the autonomous Somaliland. This included cutting military aid to Mogadishu while establishing a UAE military base in Berbera, thereby virtually recognising Somaliland’s independence.

As Saudi Arabia and UAE tried to punish Somalia over Qatar, Turkey and Qatar intensified their support. While Qatar is seemingly the financier of the ventures, reportedly financing Farmoja’s anti-Madobe activities in Jubbaland, Turkey is calling shots in Somalia. Turkey’s presence in Mogadishu is huge, a military camp measuring four square kilometres, the biggest outside Turkey, reportedly trains Farmajo’s troops and supplies them with weapons.

In addition, Turkey has the largest “embassy” structure in the world in Mogadishu which gives it leverage over Somalia’s thinking and activities. Both, the military camp and the embassy are symbols of neo-Ottomanism with the boss in Ankara as the new “Sultan” of a revived empire. Critics have noted that Farmajo displays sultan-like tendencies towards his subjects in Somalia. In re-electing Madobe, Jubbaland went against the wishes of the “Sultan” and he expressed his displeasure.

Madobe’s victory and Farmajo’s reaction could lead to chaos in Jubbaland. Farmajo, politically wounded, appears erratic. This calls for restraint. In insisting that Jubbaland would not secede, Madobe challenged Farmajo to show statecraft to keep Somalia united. Internal fears and external pressures might make this difficult. Since external forces and Farmajo’s obsession with his re-election might derail his ability to see clearly what Somalia’s interests are, the region should smell chaos.