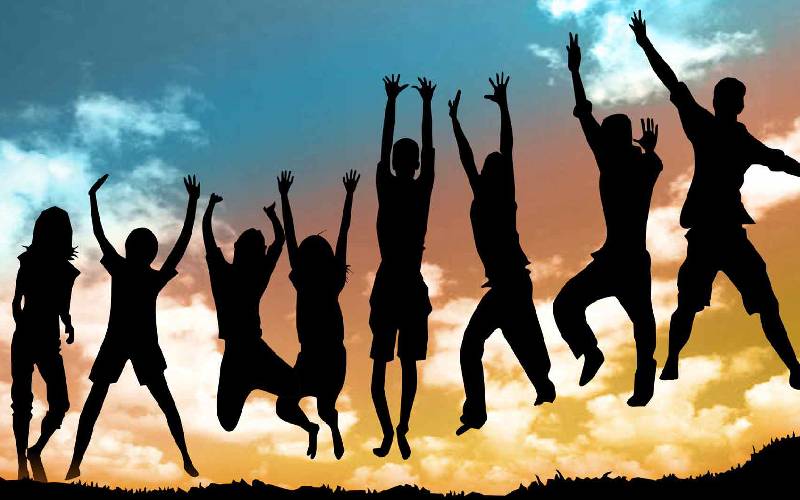 The British statesman Benjamin Disraeli coined the phrase “the youth of a nation are the trustees of posterity” in his 1845 novel Sybil, or the Two Nations.

In the novel, Disraeli analysed the horrific conditions of the English working class, then the majority of the country.

Yet, towards the end, he recognises that the only hope for Britain to survive as a country lay in the hands of the youth.

Only they have the vigour to change the status quo and push the nation forwards.

Luckily, while too many people still live in poverty, conditions in Kenya are far better than those which Disraeli described.

Our children go to school, and a top-education for every Kenyan child is a top priority for the Jubilee administration.

Furthermore, our youth don’t need to worry about wars, forced conscription and other man-made catastrophes that could disrupt their path towards higher education.

A mix of diplomacy and dialogue ensures the unity of East Africa, peaceful resolution of border disputes, and Kenya’s prominent place amongst the African nations.

Thus, there is no general need to follow the call to arms to defend our homeland.

It then seems that our youth, relieved from the burdens of generations past, can apply its intelligence and drive for the betterment of our nation.

The mere fact that our social security system is improving, and that we don’t need to live with our sword in our hands, does not mean that our younger generation has no historical task.

Our youth is indeed the trustee of our posterity. But in the present tense, we still suffer from too much crime, poverty, inequality, food insecurity and corruption.

We cannot allow ourselves to succumb to carelessness, as we are at a crucial junction of our history.

The world is changing in front of our eyes, and to succeed, we must be attentive to the geopolitical developments occurring around us.

Experts warn of a new Cold (Trade) War between the US and China.

The borders of this war could be demarcated by which country uses Huawei technology and which one kicks them out.

Simultaneously, humanity as a whole is facing a whole array of challenges, from climate change to the advent of AI.

Each country needs to prepare itself optimally for the eventualities that may arise. Kenya has continuously laid out his vision to tackle these issues head-on.

Not one man’s job

Achieving these goals will certainly put Kenya in a comfortable starting position in the race for a better future.

Yet, these noble goals cannot be achieved by any single politician, no matter how pure his intentions.

The massive investment needed to realise the universal healthcare coverage, the enhancement of food security by developing a high-tech agricultural sector, or the increased building of public housing alone are not enough.

Whoever counts on a single politician to improve his lot might as well count on pure luck as well. Such an outlook would be irresponsible and deeply amoral.

Instead, we need to understand that the key to our success lies in solidarity.

The groundwork has been laid out, now we need to come together and realise the opportunities that lie before us.

Our youth plays a most critical part in this endeavour. As such, they should understand that their personal choices impact the future of the nation as a whole.

At times however, it seems many are instead guided by other interests. Instead of pursuing the education desperately needed in Kenya, they prefer to disregard the national interest.

For example, less than a quarter of university students are enrolled in courses that contribute to the success of the Big 4.

Like in many other parts of the world, there is a worrying mismatch between the courses taken by the students and the needs of the national economy.

As report by the Commission of University Education (CUE) underlines, most young women and men prefer to study business administration and other liberal arts, while the country’s employers are yearning for qualified graduates of medicine, finance, and engineering.

This is not sustainable. Let the youth take up their responsibility as trustees for Kenya’s future.

Neighbours say Ng'ari looked disturbed after he received a message that he had been blacklisted from receiving loans owing to delayed payment.