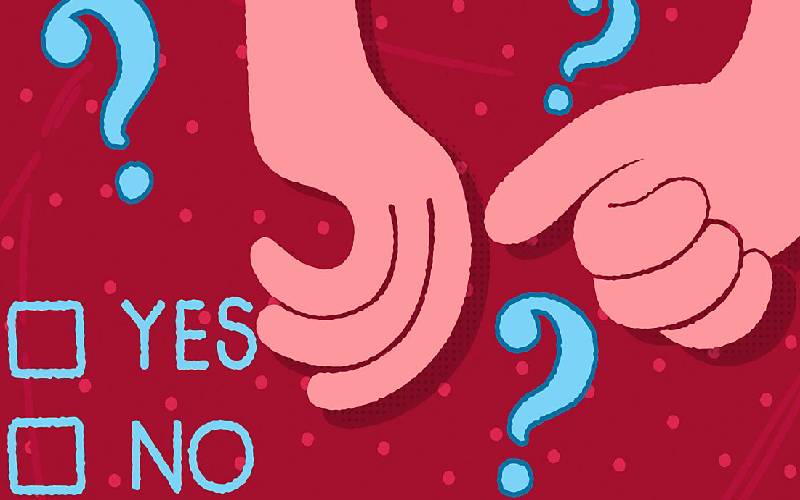 The Sexual Offences Act was designed to provide for all conceivable sexual offences, especially practices where adults engage in sexual activities with minors without being punished.

However, debate has arisen following proposal of an amendment that would lower the age of consent from 18 to 16 years.

Three Kenyan judges; Daniel Musinga, Patrick Kiage and Roselyn Nambuye state that the basis for this proposal is the high number of young men who are in prison “serving lengthy sentences for having sexual intercourse with adolescent girls whose consent has been held to be immaterial because they were under 18 years,” and who, according to the three judges, “were willing to be and appeared to be adults”.

This proposal is problematic as it shifts attention from protecting children, particularly girls, to protecting young men having sexual intercourse with girls.

At the age of 16, the girl child is in her early years of secondary school and thus, the proposed amendment could have drastic effects on the growing number of school dropouts, early and unintended pregnancies.

Additionally, there is an assumption that adolescent girls have the capacity to make decisions regarding their lives and bodies, but this is not the case.

A large number of adolescent girls lack the financial, social, mental or psychological capacity to deal with the various consequences of sex.

To place these girls on equal footing with adult men is not only unfair, but places them at a direct disadvantage as these adult men are able to avoid the consequences of such acts.

The proposed amendment would place the onus of protection on adolescent girls instead of the adult men who should be held responsible for their sexual decisions.

Society often expects girls and women to protect themselves from sexual abuse, and it is unfair that the law that is expected to protect, further enforces those unfair expectations.

In the proposal advanced by the judges, girls are further blamed for physical maturation and are unfairly expected to think and act as adults in accordance with their physical stature. In a society where the first response to sexual abuse is often to blame female victims, this kind of thinking perpetuates a culture of victim-blaming. It makes it easier for men to sexually engage with girls and argue that the girls appeared to be adults.

Moreover, through this argument, girls’ bodies are objectified and sexualised as objects of male pleasure. The contradiction in this lies in the keenness to promote sexual morality and decency by policing female bodies, as demonstrated by the discussion surrounding Kenyan musician Akothee’s dressing and dancing. The CEO, Kenya Film Classification Board, Ezekiel Mutua has often condemned the musician for setting low moral standards for girls due to what he perceives as sexually provocative cavorting.

In support of their proposal, the judges have indicated multiple countries as examples of where the age of consent is below 16 years old. However, they fail to reference the access these girls have to relevant and holistic sexual health education in those particular countries.

Through the sexual health education programs, the adolescents are not only taught the risks of sex but more broadly on other aspects of sexuality including relationships, consent, coercion, gender- based violence, gender inequality and communication to support young people to explore their sexuality in a positive, safe and healthy manner.

In some of these countries, adolescent girls have access to reproductive health services including contraceptives and abortion. The availability of information on sexuality and reproductive health services does not only help girls to make informed choices, but also prepares them to deal with the consequences of sex and to prevent negative outcomes.

Thus, it is misguided to compare such contexts with Kenya, where sex education is barely existent and reproductive health services inaccessible even for those who may have social legitimacy to access them. In a society where girls are not equipped enough, arguing to lower the age of sexual consent increases girls’ vulnerability to the risks that may arise as a result of sex.

Whilst it is true that there is a problem with the way the age of consent law is implemented in Kenya, the issue is not that young men are languishing in prison as a result of having sexual intercourse with adolescent girls. Despite the motive to provide the girl-child with care and protection, the law’s approach, is often punitive, especially where the two involved are under-age.

However, while the law in its current form needs change, the new proposed amendment is also not in the best interest of the child. The law should seek to protect both boys and girls, and should thus endeavor to decriminalize sex between children unless it is in the context of abuse. When it comes to sex between an adult and a child, the law should seek to protect the child.