Lack of opportunities leading the youth into state of hopelessness 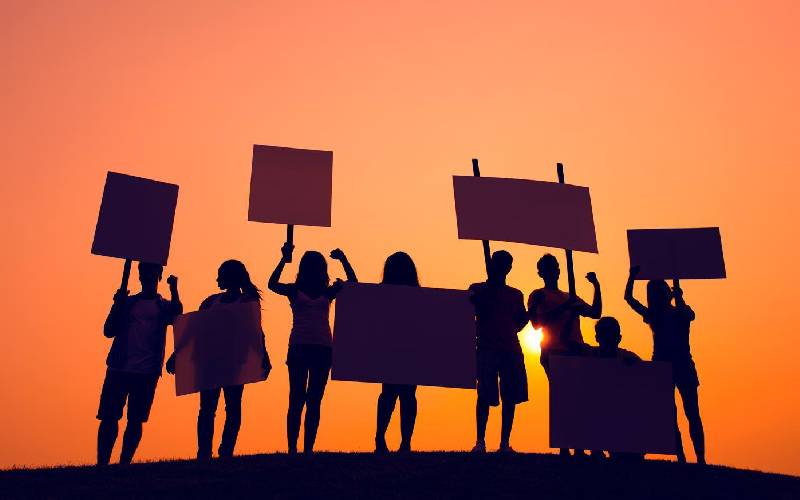 Two weeks ago I listened to Nairobi County Senator Johnson Sakaja lamenting in Parliament that Kenya has a government at war with its youth. He spoke passionately of opportunities lost, of frustrations building and government programmes that had failed. Perhaps he woke up feeling more blue than usual, but there is some truth in what he was saying. I know because every single day I get three or four appeals for jobs. From young people and from parents. I feel helpless.

They say that numbers don’t lie. But they do. Specifically, Statistics. Kenya is the economic powerhouse of the region and our economy is growing at a brisk 5-6 per cent depending on the weather and our politics. So why are so many of our youth unemployed or underemployed? In 2007, according to the International Labour Organisation (ILO) 22.81 per cent of our youth were unemployed. Ten years later in 2017, 26.2 per cent were still unemployed.

The situation has grown worse. Our job creation is not matching our population growth. In 2017 the Kenya National Bureau of Statistics wrote that 7 million Kenyans capable of working were unemployed. Every year at least more million new youth join the job hunt.

The reason 80 per cent end up in Jua kali is because the formal sector does not have enough jobs. Most of these people in the Jua Kali are desperate to get out. Many are doing jobs that they are overqualified for, where graduates do manual jobs, where salaries are not commensurate with their capabilities. A person working at 30-40 per cent capacity is underemployed and underutilised. So even the 80 per cent “employed in Jua Kali” is deceptive. Sadly, the situation for women is even worse and over 60 per cent of the unemployed are women.

Every morning I drive past the Dagoretti Corner Jua kali shops. I see fantastic furniture being made out in the open using rudimentary tools.  Then I see this beautiful furniture being ruined by the weather because they do not have proper selling outlets. I worry about the sofas when the rain starts to fall – and as I write this article, I can hear the rain starting to fall. Dagoretti Corner is an example of how we fail our Jua kali sector. If we could supply these carpenters with tools to rent and a proper market for them to sell their goods, their productivity would rise through the roof. Ironically, next door sits the ASK show grounds which stay empty except for a few days in the year. Why don’t we convert these grounds into a common market and the whole of Kenya would go to buy its furniture there? This is but one of hundreds of examples of lost opportunities.

Our educational system does not help. I attended the graduation ceremony in one of Kenya’s most prestigious private universities and found 1,300 students graduating with degrees in International Relations and another 800 in Journalism. For what jobs?  This school is sabotaging the youth and conning the parents. I wonder how many more universities are doing the same?  How many people do the Ministry of Foreign Affairs and the Standard Newspaper hire every year? Certainly not 1,300.

A UNDP study shows that 80-86 per cent of all existing and new jobs will be in the Jua kali sector. We know that 80 per cent of the students will end up in the informal sector, so why don’t we prepare them for that? We are producing hustlers who cannot hustle, tenderpreneurs who cannot write tenders and artisans who cannot even do a simple job costing. Even those who set up their own businesses we do not support as we should. We are living a lie as a nation.

Government should increase its investment in TVET studies. TVET offers training in entrepreneurship and artisan opportunities. We need to teach the youth how to start and run small businesses’ more professionally. We need to make these studies more glamorous for the youth so that they become a preferred course rather than a place of last resort. We should compel and make it for all tax paying companies to offer internships to students. If you cannot offer them jobs at least help with training.

A recent Pew Research shows that 54 per cent of Kenyan youth would emigrate if they could. Had Kenya been on the Mediterranean Sea, Kenyans would now be bribing Italian police to escort Kenyan boats into Italy and onwards into Europe (apologies to the Italian ambassador!). I have for a long time been advocating the setting up of a Diaspora Ministry to encourage the Diaspora. Let’s send our youth abroad where they can get jobs.

The Philippines is a good case study. Philippines has a strategy of training workers for export to the world. There is a huge shortage of nurses and other trained personnel and we have an abundance here of unemployed people. Kenya needs a policy and action plan to send out 50,000 every year. Let my people go! Either we shape up and sort out these youth issues or prepare for the coming storm. The anger is building and its palpable.

Zidane back at Real?

Zinedine Zidane will make a shock return as coach of Real Madrid after the club decided on Monday to sack Santiago Solari.