Access to Information Act is an antidote to rampant impunity 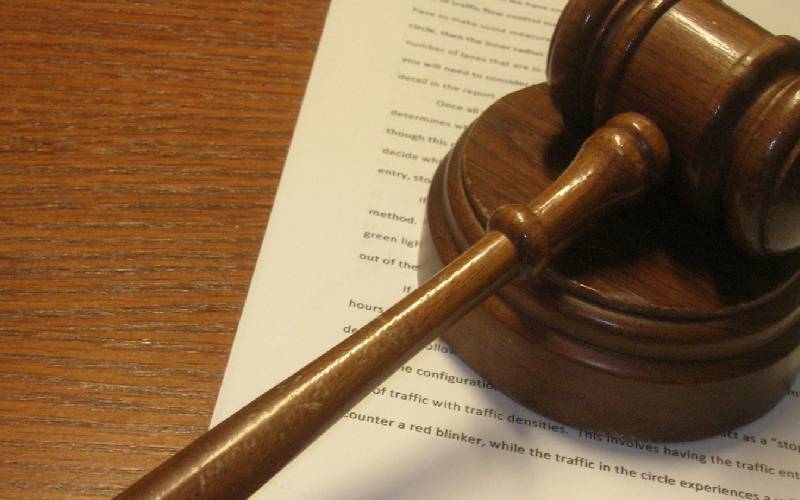 One of the early symptoms of a failing state is a breakdown in the rule of law. Conversely, citizens can only enjoy their nationhood when government is subject to the law.

In this regard, Kenya presents a contradiction, because abject impunity subsists with apparent economic growth. This has created a deep-seated mistrust by citizens of their leaders, which in turn manifests as apathy and a lackadaisical approach to governance in general.

The slow uptake of Article 35 on the right of access to Information is a manifestation of both the lack of political will, as well as apathy rooted in a deep mistrust of the state.

Yet, the right to information is a foundational right that is necessary for the exercise and the realisation of other rights, and the protection of fundamental freedoms.

The Access to Information Act empowers citizens to gain access to information that may be of public interest, including practices that may impact public health, safety or the environment.  Access to information is a crucial prerequisite for effective participation through the provision of relevant information based upon which the public is expected to make informed decisions.

Article 201 on the principles of public finance underpins the intersectionality of transparency and accountability and participation. Under Article 35 the state is required to publish and publicise any information affecting the nation, effectively lifting the shroud of secrecy and mystery around the government.

Every citizen has the right to access this information without having to justify the need for it. To exercise this right a citizen need only visit any public institution and demand to be furnished with information.

Chapter 15 of the constitution creates 'chapter 15 agencies' which serve as shared institutions to oversight both the national and county governments, an important check to the endemic culture of state impunity.

The Constitution empowers the Commission on Administrative Justice (CAJ), Office of the Ombudsman (the peoples’ defender), to oversee and enforce the application of Article 35. It is telling that important chapter 15 institutions such as the Ombudsman are systematically underfunded by the political leadership and then derided as toothless, by their political sidekicks.

The law makes provision for proactive disclosure whereby government bodies should systematically publish and avail information on the entity’s website or through other means. Only if the information is not in the public domain should one apply for it.

In measuring the performance of county governments, the IBP reveals improvement in the proactive disclosure of budget information via the website, with Nairobi county leading all others.

However, the IBP study does not interrogate the quality of information contained in the published documents, pointing towards a grey area which is one of the many which the CAJ seeks to address through the proposed regulations on ATI.

The act also provides strict timelines for the provision of information (15 to 21 days), which is reduced to 48 hours if the information has implications on life or on the liberty of a person. If an organisation fails to avail the information or refuses to, then an applicant should appeal to the Commission on Administrative Justice (CAJ), which will review the matter within 30 days.

If this channel fails one may directly petition the High Court to compel the organisation to avail the information.That notwithstanding, an aggrieved party can petition the court directly if one deems that the administrative process will not serve their purpose.

Despite the progressive constitutional requirements on ATI, government culture continues to lag. This is rooted in the persistence of flawed electoral processes, which undermines political accountability.

In this context the ability of the courts and oversight institutions such as the CAJ is significantly weakened, making them favourite scapegoats in the foundering fight against impunity.

The transformation envisioned in the constitution demands that progressive persons utilize every opportunity and engage with all willing partners to counter the dominant culture of impunity. ATI offers just such an opportunity, where the true impact of the act can only be felt once citizens begin to exercise this right.

Traders rope in DPP in case with police officer

The officer, through his lawyer Steve Biko, has denied taking the trader’s goods and cash.