United Nations behind Kenya in fight against corruption 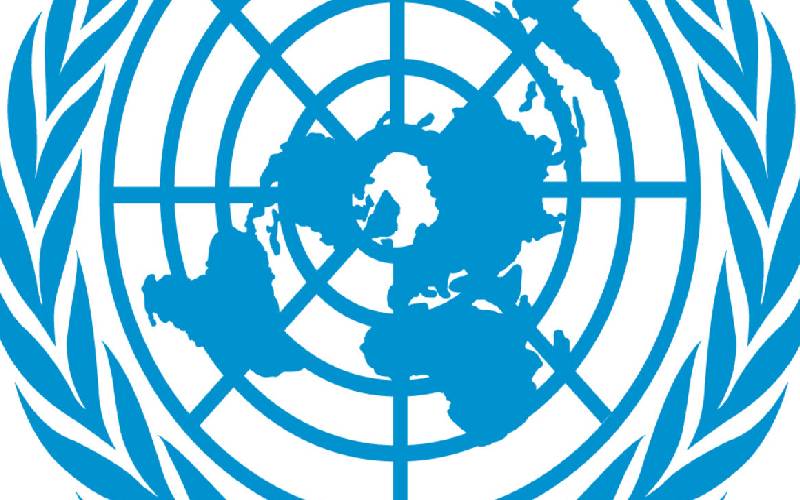 At the outset we the United Nations (UN) family in Kenya commends the Government of Kenya and civil society led by KEPSA on the Multi-Sectoral Initiative against Corruption meeting held on 24 and 25 January 2019.

An important start to the new year and the start of a critical national dialogue. We will support Kenya in the implementation of a 4 year implementation action plan by all the sectors and all arms of   Govt based on the actionable commitments made at the conference.

On Monday 28 January 2019 the Government of Kenya together with its partners launched the Open Government Partnership National Action Plan III, annother auspicious start to 2019. This will provide the impetus to ensure transparency, good governance and public participation.

Kenya is demonstrating political will at all levels, sound public policies and fostering public private partnerships to fight the scourge of corruption.

The United Nations Convention against corruption is the only legally binding universal anti-corruption instrument. The Convention's far-reaching approach and the mandatory character of many of its provisions make it a unique tool for developing a comprehensive response to a global problem.

To support States parties' efforts to fully implement the Convention, the United Nations System and its specialized agencies deliver technical assistance in various corruption-related thematic areas, such as prevention, education, asset recovery, and integrity in the criminal justice system.

The United Nations System in Kenya fully supports the joint communiqué issued by both President Uhuru Kenyatta and former Prime Minister Raila Odinga on ‘Building Bridges to a New Kenyan Nation’ and through Kenya’s active engagement in establishing new mechanisms to prevent, investigate and prosecute corrupt practices, in compliance with the United Nations Convention against Corruption. It is also in line with Kenya’s Vision 2030 and the Sustainable Development Goals of ending extreme poverty, because where corruption thrives, the poor suffer from increased costs and reduced access to services, including health, education and justice.

Corruption is also a cause for concern across the globe, especially in contexts of fragility and violence, as corruption fuels and perpetuates the inequalities and discontent that lead to fragility, violent extremism, and conflict.

Furthermore, the United Nations Country Team in Kenya believes that the United Nations Development Assistance Framework for Kenya (UNDAF) 2018 – 2022, signed on 26 June 2018 is also a platform to build a strategic pathway to fight corruption in Kenya along five pillars of action:

First, the United Nations System is ready to support Kenya’s Multi Sector Initiative to Fight Corruption established in 2015 hosted in the Office of the President of Kenya, We stand ready to support Kenya and its people in tailor-made anti-corruption policy and implementation strategy which would need to include compulsory ethics and anti-corruption courses at the primary, secondary and university levels.

Second, Kenya’s legal system must make corruption expensive and unattractive for perpetrators by the imposition of stiff and suitable criminal sanctions. The Judiciary as well as Office of the Director of Public Prosecutions (ODPP) and the Attorney-General’s Office (AGO) would be the backbones of such strengthened legal practice. The UN is ready to support this.

Third, the law could be reviewed to ensure that those convicted of economic crimes suffer the greatest possible financial loss. To achieve this, the United Nations System stands ready to support the Republic of Kenya in crafting a state-of-the-art civil asset forfeiture legislation which would also complement a reinforced criminal asset recovery mechanism. Proceeds from corruption could be recovered and nourish a reinvigorated asset recovery trust fund which could strengthen law enforcement agencies and the Judiciary to investigate and prosecute corruption. We commend the Government of Kenya for the framework alerady in place which has been used to repatriate stolen funds from Switzerland and the UK.

Fourth, the United Nations System in Kenya fully supports the Government of Kenya, the Judiciary and Parliament in the adoption of a certification mechanism for all compliance and oversight officers in the public administration to spot corrupt practices and serve as oversight focal points in their respective line Ministries, decentralized Government institutions, the Judiciary and the Parliament; in full compliance with United Nations Convention against Corruption.

Finally, the United Nations System in Kenya stands ready to support the Government of Kenya in reinvigorating strict standards of ethical conduct which should be adopted for anyone seeking public office. This would entail full disclosure on the sources of campaign funds, public declarations of wealth and lifestyle audits, and enforcement of voter bribery legislation.

UN agencies in Kenya and their partners have already strengthened their management of the risk of fraud, corruption and exploitation in humanitarian and development programmes.  They are doing so through inter-agency working groups aimed at establishing systems, procedures and capacities that will address root causes, prevent, monitor and detect and respond to allegations of corrupt practices.  Such efforts are being made in collaboration with relevant authorities within the Kenyan Government.

The United Nations System reiterates its commitment to be a reliable partner to deliver the Big 4 Development Agenda and we stand fully behind Government and people of Kenya in the fight against corruption.

By Ethiopian Embassy | 13 days ago