We must keep up the fight against Malaria 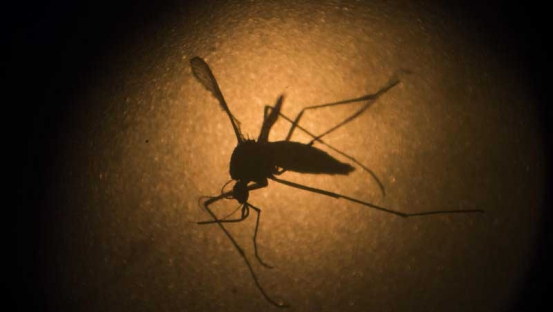 Malaria statistics have improved significantly in the past few years. Between 2010 and 2015, malaria incidence reduced by 21 per cent and the number of deaths fell by 29 per cent globally (and by 31 per cent in the African region), according to the WHO’s World Malaria Report 2016.

Despite this improvement, the disease continues to wreak havoc. The aforementioned WHO report indicates that, globally, 212 million new cases were reported in 2015, 90 per cent of which were in Africa. Furthermore, 92 per cent of the estimated 429,000 malaria deaths occurred in Africa.

These statistics highlight the global inequities in health, with Africa carrying the largest burden of the disease. Children bear the brunt of the infection. It is estimated that of the 303,000 children under five years of age who died of malaria in 2015, a staggering 292,000 were from Africa.

The Global Technical Strategy for Malaria 2016-2030 that was adopted at the 2015 World Health Assembly calls for a 40 per cent reduction in malaria case incidence by the year 2020, but progress is particularly slow in countries with a high malaria burden, most of these being in Africa.

President Uhuru calls for intensification of fight against malaria in Africa

Interventions to control transmission of malaria include vector control mainly through use of insecticide-treated mosquito nets (ITNs) and indoor residual spraying (IRS). Efforts to scale up the coverage of these interventions have borne fruit.

It is estimated that 53 per cent of the population at risk in sub-Saharan Africa slept under a treated net by 2015 compared with 30 per cent in 2010. Anti-malarial treatment is a life-saving intervention. WHO recommends diagnostic laboratory testing for confirmation of infection before treatment in all cases of fever in malaria-endemic and non-endemic areas, including for children less than five years of age.

Diagnostic laboratory testing is important because diagnosis made on patient-reported symptoms or medical signs, rather than laboratory tests, has low levels of accuracy. The result is over diagnosis of malaria, poor management of non-malarial illnesses and wastage of anti-malarial drugs. Amref Health Africa is committed to empowering health systems and communities to fight malaria, and to do this we partner with ministries of health across Africa, donors, communities and other stakeholders.

In collaboration with the WHO, we have developed several training packages to strengthen the capacity of healthcare workers for improved malaria case management, including better quality of malaria diagnostic procedures and use of malaria rapid diagnostic tests. We have also driven implementation of the East African Regional Quality Assessment Scheme (EA-REQAS), whose overall goal is improving the quality of essential diagnostic services in peripheral health facilities.

In Kenya, with support from the Global Fund against HIV, TB and Malaria, Amref Health Africa is working at the community level to bring services closer to the people in the Western part of Kenya, where malaria is endemic.

Over 7,000 community health workers (CHWs) have been trained and are offering services including diagnosis and treatment. Community units have been established or strengthened in the region, and community health extension officers trained to support the CHWs.

To date over 300,000 people have successfully been diagnosed and treated, and use of treated mosquito nets has increased substantially. As a partner to the ministries of health, Amref Health Africa supports malaria programming at national level by participating in technical working groups, supporting quality audits and providing support supervision.

In view of the recently commemorated World Malaria Day, Amref Health Africa renews its commitment to keep up the fight against malaria. We will partner with relevant stakeholders to: continually empower communities to improve malaria prevention and management; support governments and hold them accountable to delivering on their promises to combating malaria and holding them accountable; and support governments to adopt and scale up high-impact, evidence-based interventions such as ITNs and diagnostics to strengthen the fight against malaria.

It is the responsibility of governments to protect and deliver the right to health for their citizenry. Amref Health Africa urges governments and development partners to: support the Global Technical Strategy for Malaria 2016-2030; invest in the fight against malaria to ensure scale-up of evidence-based interventions to move the continent towards universal coverage; invest in surveillance for drug-resistance and enforce regulations to combat it; and support research for the development of safer insecticides.

Dr. Gitahi is the Group CEO of Amref Health Africa