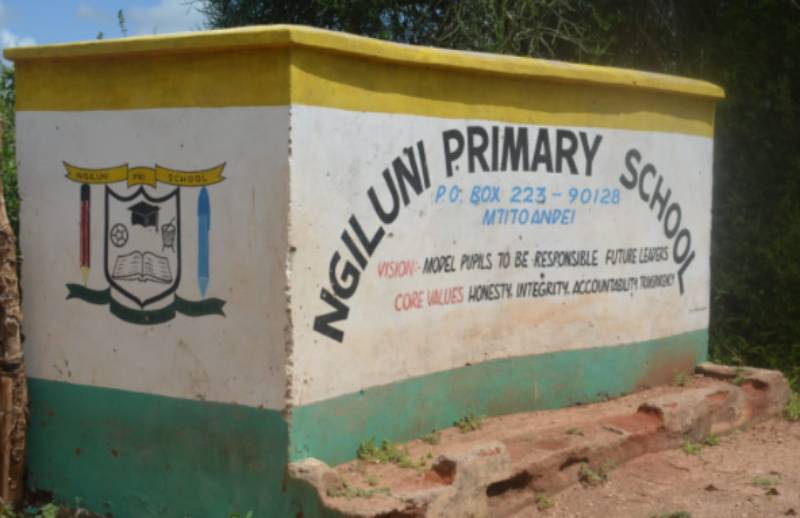 As millions of learners resumed learning after schools reopened on Monday across the country, in Ngiluni primary school in Mtito-Andei, Makueni county learning failed to take off due to rampant human-wildlife conflict in the region.

In the school, only 18 pupils reported to school out of 248 as they stayed away from the school compound due to looming attacks by wild animals from Tsavo West National Park. Even a section of teachers told The Standard that they couldn’t access the school as herds of elephants were still at large at various maize farms, and nearby bushes.

At the school, about 30 Kilometres from Mtito-Andei town towards River Athi, there was dead silence as the few learners in school did not want to attract the killer animals. A small number of those in Grade 4 and class 8 were in school while the rest of the classes remained empty.

The school headteacher Magdalene Mutuku disclosed that she was expecting learning operations to take effect as the government had announced but to her shock, parents retained their children at home fearing for their lives. She noted that the lives of the teachers were also at risk as the wild animals continued to rule the villages around where they maim and kill at will, even at day time.

“We have a big challenge of pupils reporting to school due to killings by wild animals. This insecurity is a threat to both learners and the teachers, not the pupils alone have been affected by this problem,” said Ms. Mutuku.

The structures in this school are also shocking, for example, the classrooms for Early Children Development Education (ECDE) are makeshift structures. Learners are visible by passersby and the buildings are mud-walled, something that can’t even protect the pupils from any attacks due to weak walls.

A physically challenged teacher told us that she was unable to resume teaching since she is afraid of walking to school. She says trumpets of elephants are heard now and then from close range signaling their presence and they are often in distress and aggressive.

“We have a challenge of enough classrooms. If the pupils resume we will have to learn under trees in the school compound to be able to ensure social distancing which is a requirement during this period of Covid-19 pandemic,” she said.

If learning kicks off under trees, the pupils and teachers will be exposed to obvious attacks.

The animals which have been giving residents sleepless nights include elephants, hyenas, cheetahs, buffalos, lions, crocodiles, hypos from River Athi, poisonous snakes among other dangerous animals which have left many dead while others with serious life-time injuries.

Few Kilometers from the school, a crisis meeting was held. This brought together officers from Kenya Wildlife Service (KWS), Kibwezi East MP Jessica mbalu, security team, and County Officials. However, this meeting ended prematurely as locals demanded the killing of an elephant that trampled to death a 73-year-old man on Saturday.

Charles Mutisya is the latest casualty who was killed while on his way to a farm where he worked. Since then, the body has been lying at Makindu sub-county hospital morgue and residents have refused to bury him until the matter is addressed by the government.

During yesterday meeting, a fierce exchange of bitter words from an angry crowd was witnessed.

“We have David Sheldrick elephant orphanage just adjacent and they have choppers, let them come in and drive away these elephants,” a villager demanded.

John Muli, 75, was attacked by a lion in 2015. He says he was admitted at a Nairobi hospital for months and since then no compensation had been granted even after making claims.

“I was grazing around 3pm in 2015 where I was attacked by a lion. In 2017, we held a meeting of all those claims for compensation but since then we have not been compensated,” said Mr. Muli