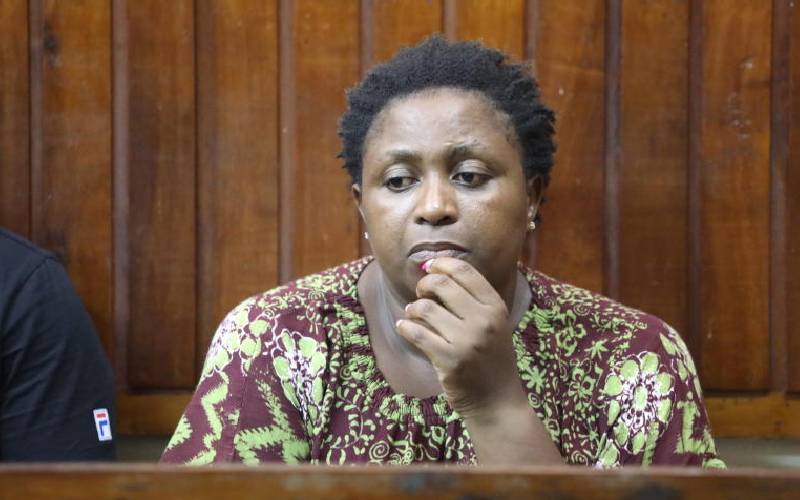 A day after Director of Public Prosecution Noordin Haji ordered for the MP’s arrest and others in connection with the mismanagement of Sh57 million CDF funds, Jumwa (pictured) has gone underground.

Appearing in court on Friday when Jumwa’s six co-accused were charged, the prosecution told Mombasa Chief Magistrate Edna Nyaloti they were unable to trace Jumwa after she switched off her phone and could not be traced in all her known residences.

Jumwa’s lawyers Danstan Omari, Jared Magolo and Cliff Ombeta, however, defended the MP, saying she received the DPP’s orders late in the night and could not prepare in time to appear in court.

They dismissed the ruling saying there was no affidavit filed in court to prove that the MP’s phones were switched off.

The magistrate ordered Jumwa to present herself at the nearby police station for processing before she appears in court for plea taking.

They were charged with thirteen offences, including forgery, fraud in procurement and money laundering.

They denied all the charges and were released on Sh10 million bond with a similar amount of surety or Sh5 million cash bail each.

Lawyer Omari, however, said they will appeal the bail ruling, and the warrant of arrest, adding that they were unfair and unprocedural.