Man, 79, released from jail to take care of daughter 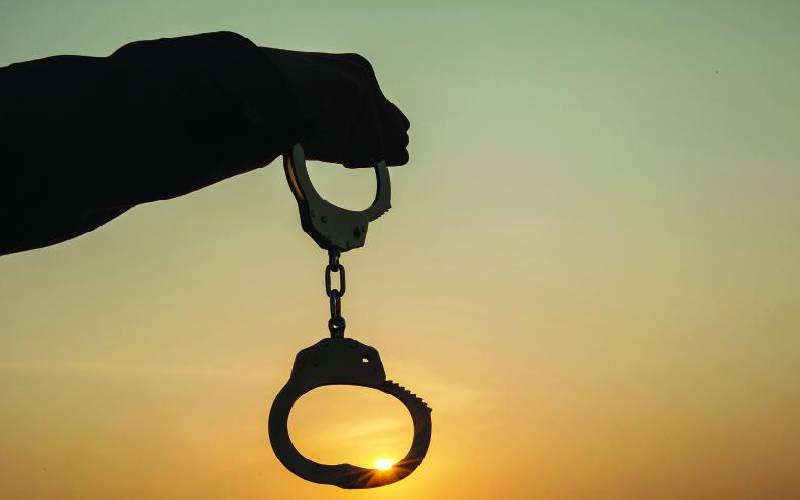 The High Court in Mombasa has set free a 79-year-old widower jailed for 15 years for raping and impregnating a 16-year-old girl seven years ago.

The court said the move would allow the sickly man to take care of the child he sired with the minor.

“At his age, he should be at home taking care of the child he fathered and not wasting away in prison,” High Court judge Erick Ogola ruled on Thursday last week as he released Wallace (we are using only one name to protect the child’s identity).

Justice Ogola said the court decided to suspend the sentence after considering a possible spread of coronavirus in prison, and Wallace’s age and health.

Woman passes out after taking the drink she spiked

According to court records, Wallace, a retired Special Branch officer, had a sexual affair with the victim’s elder sister prior to the defilement. He had been living with the minor.

Records also show that the girl is now married to another man.

“The petitioner is hereby released on suspended sentence and shall within 48 hours of his release report to senior probation officer Mombasa under whom he shall serve a probation of six months,” said Justice Ogola via video link beamed to Shimo la Tewa Prison.

He said the petitioner had already served seven years in prison and filed a constitutional petition praying to be released on compassionate grounds because of his age, health, and that he wanted to take care of the child he sired with the girl he lived with as a wife between January 7 and May 20, 2011.

During cross-examination at trial, the girl said she had previously lived with a young man between November 2009 and July 2010. She ran away but the young man was not arrested. She also conceded that her elder sister was previously Wallace’s girlfriend.

Wallace had claimed during trial that he got confused when the girl walked into his bedroom naked. The argument was rejected. The court also rejected his defence that the girl had had sex with other men before.

Wallace appealed his conviction in the High Court before Justice Martin Muya and lost on October 29, 2014 after it was established that the retired intelligence officer knew his victim was 16 years-old when he began to live with and have sex with her.

He also noted that during the trial, evidence was adduced to demonstrate that the petitioner, whose wife died in 2000, lived with the girl as a wife with her grandparents’ approval before the arrangement was reported to police.

Wallace revealed in his petition that he had four children (from his first marriage) who have been visiting him in prison for the past seven years.

Justice Ogola said that despite being in the prison, Wallace was still taking care of the child. He said evidence had been brought to court to show the petitioner had been going to the bank to withdraw money for the upkeep of the daughter following a court order that they had to jointly take care of the child.

The judge said the arrangement had become a burden to the petitioner and the family and prison authorities.

“His family also wants him home. It is with these considerations in mind that I make the following judgement without interfering with the sentence imposed on the petitioner of 15 years by the trial court,” said Ogola.

Justice Ogola said probation report, which was filed in the court, spoke well for an early release of the petitioner.

“Community members are ready to receive him. He has adequate accommodation and financial support to help him restart his life,” said the judge.

The judge said the petitioner was a senior citizen of this country, was aged and frail and was apologetic and “has positive attitude towards his predicament”, which he blamed on loneliness after the death of his wife and retrogressive cultural practice.

Justice Ogola said according to prison records, the petitioner’s possible date of earliest release was November 2022.

Romanus Ongombe, who has had a troubled reign at the church since he took over in 2004, died after a short illness

By Renson Mnyamwezi | 7 hours ago

By Hassan Barisa | 7 hours ago