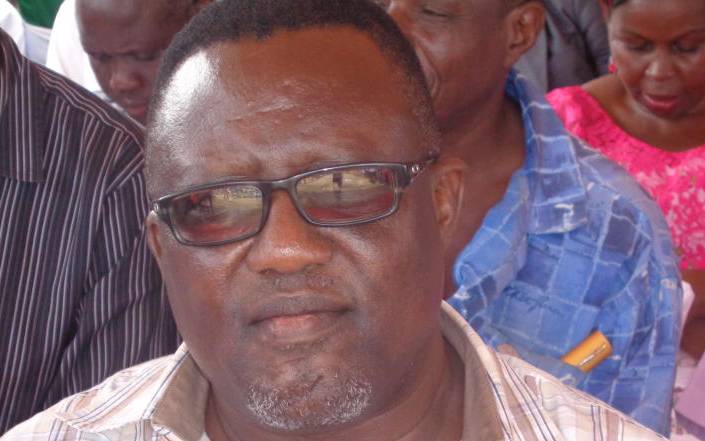 Two senior police officers in Kilifi who came into contact with Kilifi Deputy Governor Gideon Saburi (pictured) who tested positive for COVID-19 have been identified.

According to a letter sent to various security bosses; the two officers met with the victim at Tuskys Mall in Mtwapa on March 20, 2020, between 8.00 pm and 10.00 pm.

Saburi who jetted back into the country on March 5 from Germany has since been quarantined and will be charged later, Health CS Mutahi Kagwe said.

One of the officers, a deputy OCS, is complaining of difficulty in breathing and both have been placed under self-quarantine waiting for further tests.

Mtwapa Police boss Mohammed Wako confirmed that the two officers have self-quarantined and plans were underway to move them to Coast General Hospital isolation wing.

He said the officers were in stable condition except for one of them who had difficulty in breathing.

"It is true the two officers [they] came into contact with Kilifi Deputy Governor. We have put them in self-quarantine as we wait for further tests," he told the Standard on phone.

The Kilifi deputy boss Saburi has been accused of violating self-quarantine directive, interacting with many people after coming from Germany despite the lurking danger.

He had travelled to Germany to attend International Tourism Board Conference which had been suspended after outbreak emerged.

On his arrival, he held meetings with cabinet, attended funerals where he came into contacts with hundreds others whom the police and health officials are tracing.

Vitafoam announced it will buy staff foodstuff and other household items

By Willis Oketch | 19 hours ago