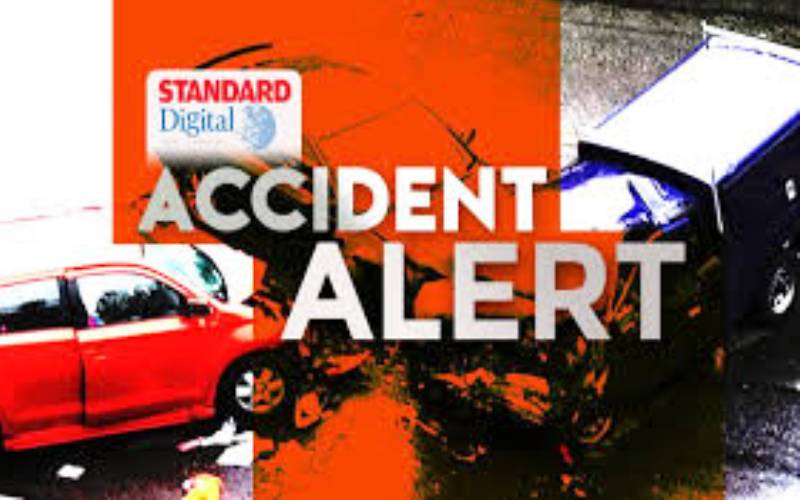 Fifteen people including a child and seven women were killed in a grisly road accident in Kilifi on Sunday evening.

The 7.30pm head on collision involved a lorry heading towards Malindi and a matatu heading in the opposite direction.

According to police and witnesses, the accident occurred at Shauri Moyo area near Kijipwa Police Station on the Malindi-Mombasa highway.

They said it occurred when the lorry's driver lost control, veered from his lane and crashed into an oncoming matatu.

According to Zomo, those who died were seven men, seven women and a child.

Most of them had severe head and limb injuries.

He said three of the victims have already been identified while the remaining 12 were yet to be identified.

"We received 13 bodies, and two people who were still alive but later died while receiving treatment," said the hospital administrator.

"Two others were discharged while another one who sustained head injuries was referred to Coast general hospital for specialised  treatment," he said.

However, Coast Region Police Commander Rashid Yakub insists that only ten people died in the the accident

"Nine people died on the spot after the accident, five others were in critical condition and were rushed to hospital for treatment, one later died," Yakub told The Standard.

The drivers of both vehicles died on the spot.

The police commander said investigations into the cause of the crash are still in their early stages and appealed to road users to be more careful to avoid any further loss of lives.

The  wreckage of the two vehicles were towed to Kijipwa Police Station.

By Renson Mnyamwezi | 15 hours ago

By Tobias Chanji | 1 day ago

By Protus Onyango | 2 days ago