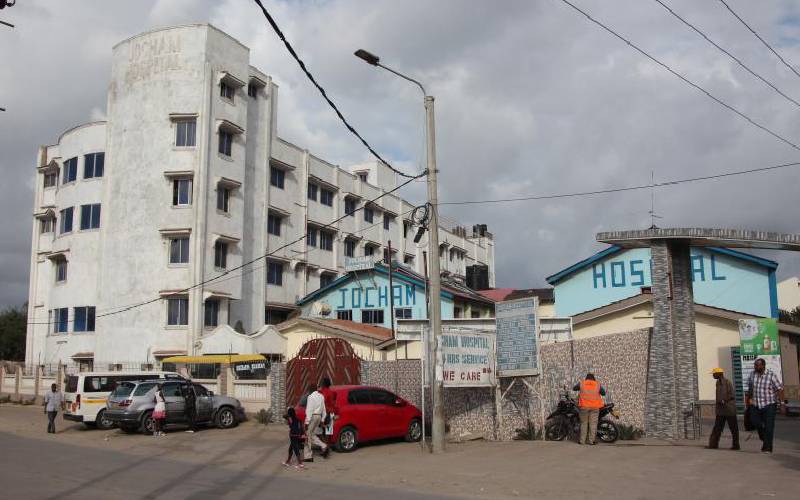 A hospital has sued Minet Insurance Brokers over claims it refused to pay Sh56 million for services rendered.

In a suit filed at the High Court in Mombasa, Jocham Hospital alleges that employees of the Teachers Service Commission (TSC), Kenya Prisons Service and National Police Service received dental, optical, maternity and other inpatient services at the facility between October 1, 2016 and March 10, 2017.

Jocham commenced provision of medical services as the two parties had a binding contract, according to court papers.

“Further, the hospital was to provide a statement of account showing the billing for a particular month and which was to be forwarded to Minet by the 10th day of the succeeding month,” Jocham said.

“We instructed our advocates who issued a demand letter seeking Sh56,913,157 which is the amount sought in the suit,” James Obuya said in a witness statement attached to the plaint.

“The balance of Sh74,932,919, is the subject of arbitration before another dispute resolution forum.”

Jocham claimed Minet had refused, ignored and declined to settle the outstanding amount which has been itemised to Sh26,827915 for Kenya Prisons Service and National Police Service and Sh13,942,182 for TSC inpatients.

In its prayers to court, the hospital wants the court to compel Minet to pay their outstanding bill, the interest of the amount at the commercial rate of 14 per cent from the date the suit was filed up to the date the payment will be paid in full as well as the cost of the suit.

Minet asked for time to file third-party proceedings along with statements and other documents. The court gave them three days.