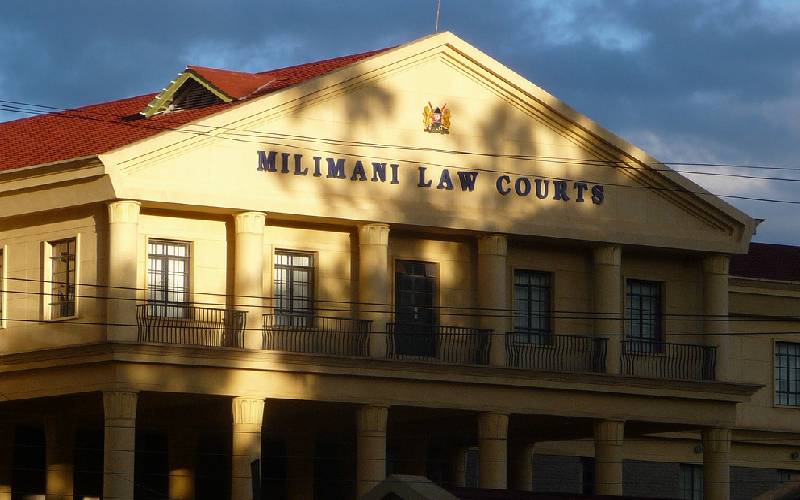 A landmark suit has been launched at the High Court pitting a prominent Mombasa family against the Wakf Commissioners of Kenya (WCK).

The family of Mohamed bin Said Abdun Bamkelle, who died in 1921, has accused WCK of illegally acquiring its 18.75-acre property in Mombasa and either selling or leasing it to 70 other parties in breach of the law of trusts.

In a plaint filed on January 24, the Bamkelle family accuses WCK of “orchestrating an illicit and fraudulent scheme to disinherit them”. They also say their property was “fraudulently, illegally and unlawfully acquired and or converted into the names of 69 parties listed as defendants”.

The family says Bamkelle formed the trust on March 22, 1920 for the benefit of his descendants who have received annual benefits since his death.

Upon Bamkelle’s death, the family of Said Bin Abdulla Baghozi managed the properties.

Several years later, these properties were vested in the Wakf Commissioners as trustees by a court order of October 12, 1926. The Bamkelle family allege the trustees proceeded to, illegally convert them into the WCK’s property in 1930.

Significantly, though, the Bamkelle family continued to receive annual benefits or payments until 2011.

However, in a replying affidavit, the commissioners declared that “any payments made out to the plaintiffs as beneficiaries were made erroneously”.

The WCK maintains it is the lawful holder of the title deed of the disputed property by virtue of certificate of title dated 24/11/1930. It also wants the suit to be dismissed in its entirety and the plaintiffs ordered to pay costs.

The suit is significant for various legal and historic reasons.

The property in dispute includes all the land on which the Technical University of Mombasa, Methodist Church Missions Kenya and 68 other well-established properties and businesses are situated.

In addition, one of the prayers of the Bamkelle family is an invitation to the High Court to set aside a decree issued by the defunct Supreme Court of Kenya, which sat on October 12, 1926, to create the Wakf Commissioners trusteeship.

In one of Kenya’s oldest recorded civil cases, Justice Joseph Sheridan sitting in Mombasa vested the designated properties of Bamkell to the Wakf Commissioners following an application by Baghozi.

The High Court under Justice A Omollo will also be expected to reach a determination on the basis of two colonial land laws, now repealed.

The plaintiffs also want the High Court to make a finding that a title deed allegedly issued by the colonial government to Wakf Commissioners in respect to the disputed land parcel on November 24, 1930 is null and void.

The title deed was issued under the now repealed Town Planning (Amendment) Ordinance of 1927.

According to the plaint, the original trust deed set aside a two-acre stretch for a cemetery and allowed only one-quarter of the 18-acre property to be leased. The defendants are accused of misappropriating income, disinheriting beneficiaries and leasing out the entire property to parties like the university.

The Bamkelle family also want the court to issue a perpetual injunction stopping all transactions, including leases on the land, or so failing, to order the defendants to pay the plaintiffs “purchase value at the current market price”.

The plaintiffs also want the defendants to be ordered to supply all information and returns, including statements of accounts on the operations of the trust since 1926, details of leases of plots, and disclosure whether the Bamkelle family approved the sales and leases.

Court orders couple to share properties in Kenya and UK