Kilifi,Kenya:A former military officer suspected to be a member of the Mombasa Republican Council (MRC) has been arrested in Kaloleni, Kilifi County.

Police suspect the former officer is a trainer for MRC militants and detectives want to question him over a string of attacks on Government officials and installations.

He is also believed to have an illegal firearm but none was found when officers stormed his house early yesterday. The official said the suspect could have hidden the rifle before the arrest.

General Service Unit officers arrested the suspect after months of surveillance at his home in Mwabaya Nyundo area, Kaloleni yesterday morning. The officers were also said to be searching for the weapon used to train militants in caves, sacred forests or kaya and in homes.

Confirming the arrest, Kaloleni DC Fredrick Ayiecko said the man was being monitored over links to MRC for some time. Following the arrest police now say they have confirmed his membership in MRC.

“A membership card with his full names and membership number belonging to the MRC group, a trouser, sleeping bag, a jacket two belts and a ground sheet belonging to the Kenya Army were recovered from the suspect’s home following the swoop,” said Ayiecko. He explained that the suspect is being linked to numerous attacks and robbery with violence incidents alleged to have been committed by MRC members.

“It was suspected that the suspect had a firearm in his house but when police went there they did not find it. We believe that he could have hidden it in another place but we are still in the process of tracking it,” Ayiecko added.

The DC said they were interrogating him over militant activities and he could be charged soon. He did not state where the suspect is being held and it is also not clear when he left the military but he said the “suspect is an ex-army officer”.

Yesterday Ayiecko said militants could be having some training and hiding areas from where they plan and launch attacks on security forces. Some of these attacks have been fatal and have led to the killing of police officers and an electoral official.

The most audacious raid on police blamed on MRC occurred during the  March 4 General Election leading to the murder of ten policemen in Mombasa and Kilifi counties.

Several people are on trial for these killings and MRC Secretary General Hamza Randu was questioned over a meeting in a mosque in Diani where the killings were, allegedly, planned.

Lands Cabinet Secretary Charity Ngilu is in a spot over what may be perceived as engaging in politics contrary to her commitment before being appointed.

By Kelvin Karani | 8 hours ago

By Willis Oketch | 8 hours ago 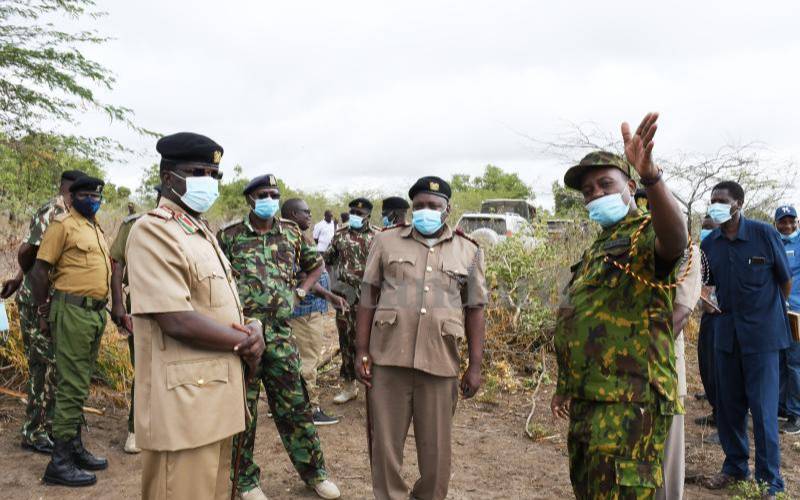