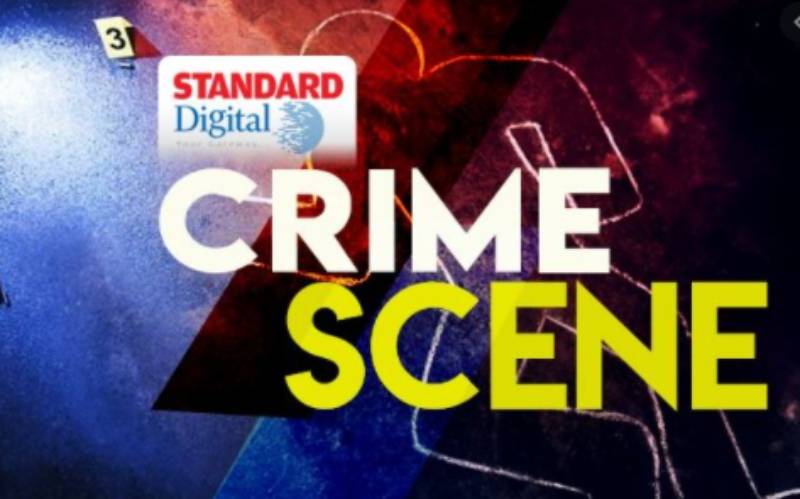 A 33-year-old ECDE teacher is recuperating at Embu level 5 Teaching and Referral Hospital after sustaining serious injuries in a ghastly attack by family members who have accused of witchcraft.
Peter Nyaga Ivara, an ECDE teacher at Gatete Primary School in Mbeere South Sub County of Embu County, says his two nephews wrestled him down before dragging him to their homestead where they set him on fire.
“I left school as usual at around 4:10 pm. It’s walking, about five kilometres to Karura trading centre where I took some time to rest before heading home. It is while walking home that I found my two nephews who had waylaid me and they wrestled me down,” Nyaga said.

Speaking from his hospital bed, Nyaga says a woman passing by pleaded with the two men not to harm him which saved his life. He claims the duo seemed to have an ulterior motive.
“They dragged me and forced me to follow them against my will. We have had family conflicts in the past which led me to relocate. I even transferred from my earlier school, Rutumbi Primary School that is near our extended family home,” Nyaga added.
It upon reaching home that Nyaga says his stepbrothers and sisters attacked him and accused him of being a witch and possessing evil spirits.
“One of my nephews doused me with petrol while a niece lit the fire but I managed to escape and removed the shirt that was on fire. However, due to my disability, the two nephews caught up with me wrestled me down and lit the fire again before the public came to my rescue,” he alleges.
According to Nyaga, the family has had a long conflict that forced his mum to relocate to another place. He, however, has to pass near his stepmother’s home on his way to school.
He says the conflict started in 2019 when one of the stepsisters was involved in an accident. The stepfamily then attacked his mother and accused him (Nyaga) of witchcraft. The case was reported to the police and was referred for resolution at the family level.
“My stepfamily has been jealous of the fortunes that I acquired through my hard work as a teacher and are willing to bring him down at all costs. The easiest way is to associate me with witchcraft that I do not know about,” he said.
Nyaga now calls for the police to expeditiously bring his attackers to book.
He is also appealing to the County government to consider transferring him to a school far away from his stepmothers’ homestead.
Gregory Mutiso the Sub-county Police Commander Mbeere South said police are investigating the matter.
“We are waiting for Nyaga to get out of the hospital to help identify the attackers who will be charged with assault after police complete investigations,” Mutiso said on phone.

The tea firm joins a growing list of companies that have issued a profit warning for the 2020 financial year.