Magistrate sues seniors for denying her access to court 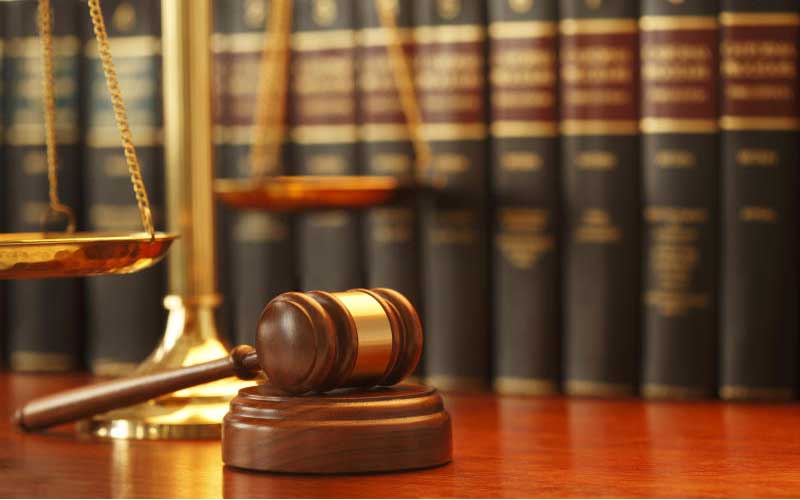 Nyeri Resident Magistrate Damacline Bosibori has moved to court seeking to be allowed to return to her work station.

Bosibori has filed the suit at the Employment and Labour Relations Court in Nairobi, citing unfair treatment by Nyeri Presiding Judge Jairus Ngaah and Chief Magistrate Wendy Kagendo. She accuses the two of denying her access to the chambers.

In her petition, the magistrate cites a memo written by Justice Ngaah to the chief magistrate instructing her not to allocate any matters to Bosibori over alleged complaints by lawyers against her.

The chief magistrate subsequently directed Bosibori to stay at home.

“Even as my salary was released following my return and appearance for duty, the presiding magistrate decided to deny me work allocation through a memo,” reads the petition.

The suit comes after the magistrate was reinstated by the Judicial Service Commission (JSC) after a suspension over alleged altercation with judicial officers at Nanyuki Law Courts.

Bosibori claimed that Justice Ngaah wrote a memo to the chief magistrate instructing her not to allocate her cases and hold the ones she had been allocated, pending a response from JSC over the lodged complaints by advocates.

Nyeri Bar Association accused the magistrate of demeaning utterances indicating that officers working with the Office of the Director of Public Prosecutions in Nanyuki and Nyeri are unprofessional.

The letter indicated that the magistrate picks up quarrels and personalises objective discourses hence violating the Judicial Code of Conduct and Ethics.

“The members of the society do not share in your demeaning references to them and implore upon you to respect the offices they hold,” reads a letter by the association of lawyers led by the chairperson Charles Karweru.

The advocates further declined Bosibori’s invitation to meet them to resolve their issues.

“The membership resolved not to appear before you in any matter whatsoever. That remains the society’s position… We do not have young and senior lawyers grouping. They are all lawyers and they shall not appear before you as a sitting judicial officer in Nyeri,” read the letter protesting her deployment to Nyeri.

The magistrate, who has been away for five months since her reinstatement and deployment, is now seeking intervention from Employment and Labour Relations Court in Nairobi to resolve the matter.

In her petition that lists Ngaah and Kagendo as first and second respondents respectively, Bosibori accused the judges of ‘meddling’ in her work.

Instead, Bosibori said formal complaints against her should have been directed to the JSC.

“There is no provision in the Constitution, Employment Act, Judicial Service Act or any subsidiary legislation that vests the respondents with any power to discipline any members of staff of the Judiciary,” said Bosibori.

Bosibori noted that the letter by the Nyeri Bar Association does not amount to a complaint as it did not specify nor indicate the originator of the alleged complaint.

“I also offered to meet the respondents and any disgruntled members of the said Nyeri Bar Association, if any, but none of them was willing to sit down” she explained.

Bosibori claimed that her health is deteriorating by the day due to stress, trauma, frustration and embarrassment directly occasioned by her seniors.

“I have remained at home, languishing in silence since May 26, earning a salary for literally doing nothing,” she said.

The Conversation 12 hours ago