Senate to rule on Waititu’s removal 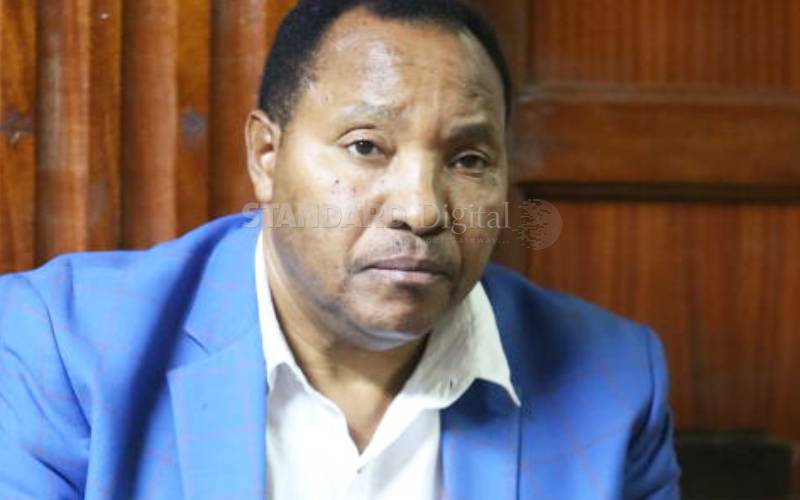 Embattled Kiambu Governor Ferdinand Waititu (pictured) will soon know his fate with the Senate reconvening on January 21 to discuss his impeachment motion.

This follows the collection of signatures from 15 senators – the number needed to call a special sitting to hear and determine the petition.

Senate Majority Leader Kipchumba Murkomen (Elgeyo Marakwet) said they had the requisite numbers, adding that the Senate will decide to hear the petition as a whole House or go the committee route.

And should the House form a special committee, the team will table its report in the House in 10 days with recommendations on whether he should leave office or continue serving as governor after ward representatives passed a vote to send him parking.

The move comes even as Mr Waititu wrote a letter to the Senate, saying his impeachment was unlawful as there was no quorum during the proceedings.

In the letter addressed to Senate Speaker Kenneth Lusaka, Waititu said there were only 57 MCAs present during the motion which required a majority of 62.

Through his lawyer Ndegwa Njiru, the governor further said the special session was adjourned prematurely contrary to the standing orders. He said that at the time of his impeachment 35 Ward reps were absent, questioning how the Speaker arrived at 63 votes supporting the impeachment.

Waititu is the sixth governor to be impeached. Embu Governor Martin Wambora has been impeached twice by the County Assembly and the decision held by the Senate. The impeachment was, however, overturned by court.

Governors Granton Samboja (Taita Taveta), Prof Paul Chepkwony (Kericho), Mwangi Wa Iria (Muranga), the late Nderitu Gachagua (Nyeri) were all impeached by the assemblies, but the decisions were overturned by the Senate and courts.

The motion to impeach Waititu was tabled by Ndenderu MCA Solomon Kinuthia on grounds of abuse of office and gross misconduct.

Joy as school is returned to public

The land the school sits on initially housed an administration camp, a church and MCC.

By James Munyeki | 10 hours ago

By Timothy Kariuki | 3 days ago