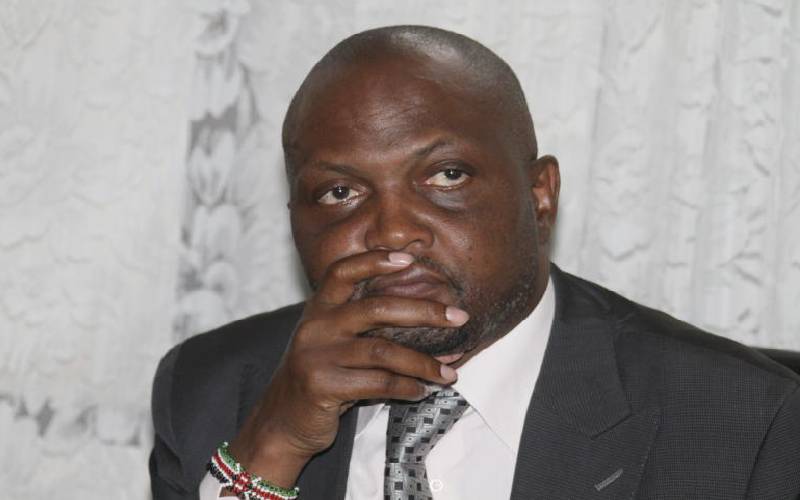 Mwathi, who was speaking in Mutarakwa village in Limuru on Thursday, said Kuria should conduct himself with dignity and integrity as a leader as envisioned in the Constitution.

He further advised Kuria to stop unwarranted insults on members of public or any leader in general.

He further said that Kuria was a thorn in the flesh Mt Kenya region was at a political crossroads but was quick to assure residents that Kuria had his personal problems.

“Does this man have a wife and children? How does he go home and sit down with his family after hurling such insults in public,” he wondered.

However, Kuria has downplayed the political heat over his support to Deputy President William Ruto and disputed allegations of disrespecting President Uhuru.

Speaking in Gaithece, Gatundu South, the legislator said he was only voicing the plight of milk and coffee farmers in Mt Kenya region.

He claimed his critics were deliberately misconstruing the message to suit their own interests.

“I listened to Mwathi, I want to advise him that he only has 29 months left to serve in the as MP. I am sure the people of Limuru will not re-elect him,” he said.

Kuria said the rivalry between him and Mwathi has been there since he (Kuria) campaigned for his opponent John Kiragu.

"I can do other jobs, I can be a good citizen," said the outspoken legislator.

“The other day Trade and Industrialisation Cabinet Secretary Peter Munya called me at 11 pm and warned me against setting foot in Meru County, claiming I have insulted the President,” he said

“I want to tell him I am a free citizen and I can visit whichever part of the country without intimidation.”

While faulting Munya together with former Kiambu Governor William Kabogo and Kirinyaga Governor Anne Waiguru, the legislator claimed that his political competitors were trying to use the President to frustrate their competitors.

He urged the president to be cautious against being used by the said politicians.

“Because we all love him, I want to urge our president not to allow himself to be used in reviving dead careers of politicians who have become irrelevant in politics,” added Kuria.

My Experience: I could not withstand working 18 straight hours as a house help in Saudi Arabia

By Boniface Gikandi | 21 hours ago