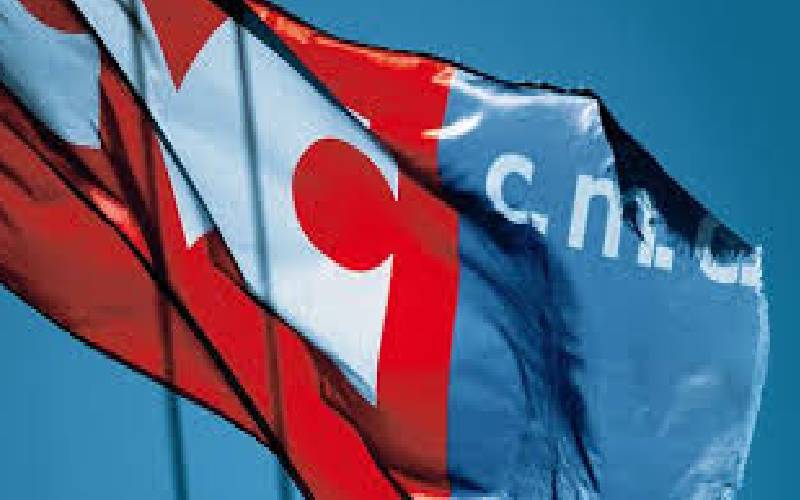 Documents filed in court reveal that Rift Valley Water Works Development Agency wrote to Heritage Insurance in October this year demanding it should be paid the Sh4.3 billion, which it had loaned to the broke firm to commence the multi-billion project.

Although CMC in its case filed before Justice Margaret Muigai insists that the agency has jumped the gun on their agreement on repaying the loan, the water body replied that it must get back its money as the Italian firm had not honoured its contractual agreement.

In the documents exclusively seen by The Standard, CMC says the project is 30 per cent complete and had been commended by Parliament for ‘a commendable mobilisation work.’ It also denied that it had breached the terms set in the contract.

“The time for repayment has not yet arisen because the amount of paid invoices has not reached 30 per cent of the total amount (Sh28 billion). As such, no repayment is due. In accordance with the terms of the contract and particularly sub-clause 14.2, on receipt of the advanced payment, CMC carried out tangible physical mobilisation activities at the site. A copy of expenses used for mobilif the works against the monies received will be available in due course,” CMC says in its court documents.

On the other hand, Rift Valley Water claims CMC abandoned the project in September last year and filed an insolvency case in Italy, and subsequently urged a Kenyan Court to adopt the proceedings filed before the Italian courts.

CMC in insolvency papers before Kenyan court claims it ran its affairs in the country until September last year when Rift Valley Water failed to pay Sh335 million, forcing it to suspend operations on the site.

In the insolvency case, CMC wants the High Court to determine what coordination is warranted with the court in Ravenna and any other order that will assist in the process of business rescue. It also urges the court to provide a uniform framework to facilitate the restructuring process just like the one filed before the Italian court and limit the number of cases filed against it by firms or individuals it owes money.

According to Rift Valley Water, CMC’s actions have exposed it to massive losses.

Rift Valley Water claims its items on the abandoned site have been attached by third parties to recoup debts that CMC had not paid. “Granting the orders sought would defeat the interest of the public as it means the first defendant and the Kenyan people would be exposed to huge losses that are unjustified and are without any basis in law,” it continues.

It argues that contract guarantee is separate from the underlying contract on the project and can be enforced despite there being a dispute between parties. Rift Valley Water had advanced CMC a Sh4.3 billion loan, which would not attract interest.