Nyeri sisters to have a share in Sh80m estate, court rules 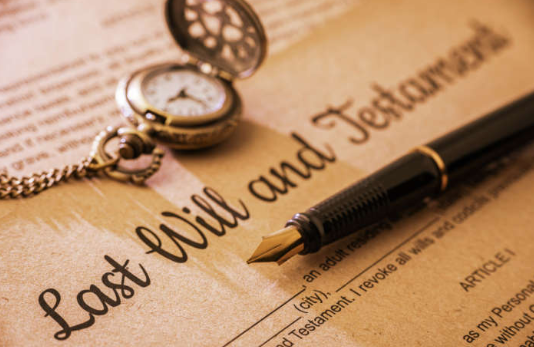 Three women have won a landmark case after a court forced their two brothers to share their parent’s estate, which is valued at more than Sh80 million, equally with their siblings.

Bance Wangechi Wachira, Mary Wanjiku Kahu and Rose Waigumo Ndeere will now get a share of the estate which comprises prime pieces of land measuring more than ten acres registered as Aguthi/Gatitu/2994, located along the Nyeri-Karatina road.

In their objection, the brothers wanted the estate shared equally between the two of them on the grounds that it was the wish of their deceased mother.

They said the mother had made a Will dated January 2, 2010 which Mr Mathangani produced in court.

In his proposed mode of distribution, Mr Mathangani said his two sisters were married and had their own homes and added that Waigumo was deceased.

But the sisters led by Ms Wachira filed an affidavit of protest proposing that the estate be shared equally among the five siblings.

For the protesters, their position was that their mother had given the two sons each five acres of land before she died – and had said the remaining portion belonged to all her children.

They relied on minutes of a meeting held on September 28, 2008 where their mother was recorded as having stated that all her property belonged to all her children both male and female.

But the objectors on their part took the position that their sisters were all married with their own homes and properties, and were not entitled to inherit their mother’s property.

They added that their mother had on January 2, 2010 called elders and told them in the presence of the two sons that her land was to be shared equally between them.

While dismissing the two brothers’ arguments, Justice Matheka said the issue of married daughters not inheriting from their parents is a dead horse.

“The Law of Succession Act does not know sex/gender.  It knows the deceased’s child. The parcel of land belonged to the mother of all the parties herein. None of them has a superior right of inheritance. By taking it all the sons will turn it to their own private property with no access to the daughters.  The fact of their marriages per se does not change the fact that the protesters are children of the deceased,” the court ruled.

On the document (Will) produced by the two brothers alleging that their mother wanted the estate devolved to them only, the court said it cannot be deemed to be a will because it was not safe.

“If it was a will this cause would not have been filed as that of an interstate and this document would have been annexed to the petition. It only came out during the hearing of the protest.  Each party is putting forward the evidence that suits their position. Well, that leaves the court to fall back on the law,” stated the court while bringing to an end a two-year succession dispute.

Justice Matheka based her ruling on Section 38 of the Laws of Succession Act which provides “Where an intestate has left a surviving child or children but no spouse, the net intestate estate shall, subject to the provisions of sections 41 and 42, devolve upon the surviving child, if there be only one, or shall be equally divided among the surviving children.”

How chiefs collude with cartels to dispossess families of property