Narc-Kenya leader Martha Karua took her presidential campaigns to her home county, Kirinyaga, where she promised to end corruption if elected president.

She said as the Head of State, corruption would be fought with the same breath as any other crime.

“My priority as the next president will be to deal decisively with all crimes, with a view to eradicating the two main social vices – crime and corruption,” she said.

The aspirant addressed gatherings at Makutano, Mutithi, Thiba, Ngurubani Kimbimbi markets before proceeding to Kutus town where she also spoke on the two social vices.

Officials launch UPA party, vow to work with other parties

She claimed due to high-level corruption, rice farmers at the giant Mwea Irrigation Scheme have remained poor.

“Those in the Coalition Government had allowed cheap importation of poor quality rice, which also retails cheaply at the expense of the locally produced high quality pishori variety,” she said.

Karua assured the farmers that her government would at any cost not allow such cheap imports that have affected farmers’ marketing strategies.

At the same time, Karua said she would ensure education was made free from primary to secondary schools.

She said some bright children from poor families still could not access education because parents were unable to fund their studies.

The aspirant said unlike her wealthy competitors in the race who use choppers to traverse the entire country, she was banking on goodwill from the people whom she has served and continues to serve diligently.

“Even though my competitors use air transport while I use the road, I am telling them I will still emerge victorious come the March 4 General Election since I have done my campaigns well by reaching all the 47 Counties,” she said.

The Independent Electoral and Boundary Commission (IEBC) enjoys public confidence in its ability to conduct a free and fair General Election on March 4.

By Jane Mugambi | 16 hours ago 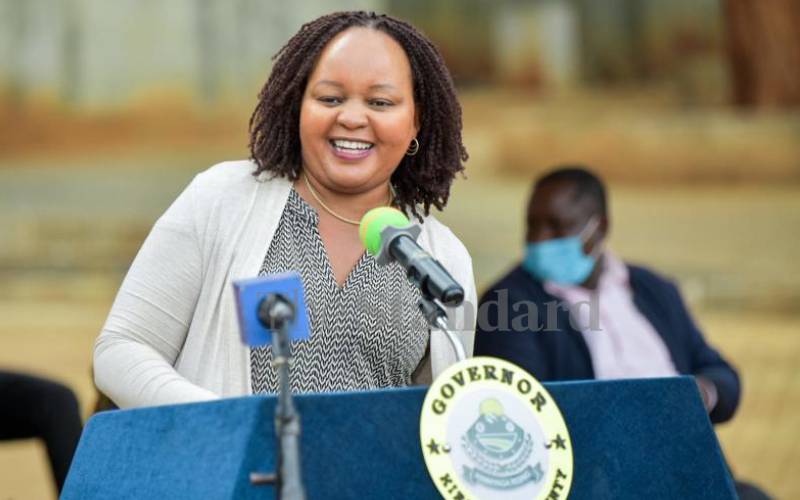 By Jane Mugambi | 16 hours ago