How to get ready for retirement while still young 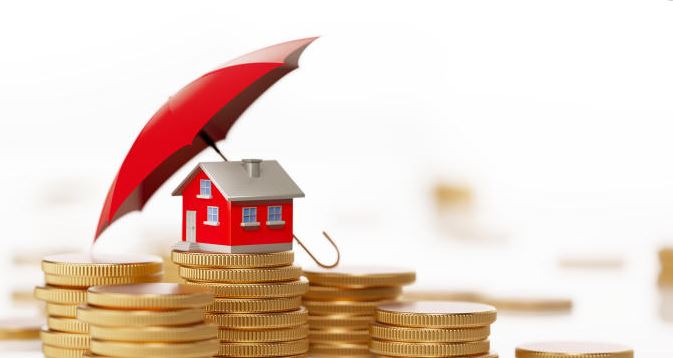 Mathew Maina first bought a telecom’s listed shares while he was still an Actuarial Science student at Jomo Kenyatta University of Agriculture and Technology.

He teamed up with six other students from the Juja-based University and the University of Nairobi to form an investments club where the students met every month to submit their contributions. It was what they set aside from their Helb loan.

Growing up, Maina had seen his parents struggle to make ends meet after they were both retrenched from employment.

His father worked in the private sector while his mother was a government employee. He says his parents encouraged him to save and invest for the future.

“We barely survived on the meagre savings my parents had when they were retrenched. Mother always preached the gospel of making financial plans for the future,” says the 33-year-old.

Maina executed his next big project after he graduated from university and got his first job at a bank.

He bought a piece of land. “The bank provided many unsecured loans and I would watch how my colleagues wasted theirs on expensive holidays, electronics and other luxuries. I was 24 then and had started seriously thinking about my retirement. That’s why I used my first loan to buy plots in Kamulu area,” he says.

A survey by the Association of Kenyan Insurers (AKI) revealed that only 29 per cent of Kenyans are prepared for retirement.

The report, Retirement Preparedness 2019 launched last month, indicated that at a paltry nine per cent, young people aged 18-24 and those aged 24-35 are the least prepared for retirement.  And at 30 per cent, people aged between 55 and 65 years are the most prepared to retire.

The younger age group of 18 to 24 years had the lowest awareness of ‘employer provided benefits’ at 37 per cent compared to more than 70 per cent awareness for those over 55 years of age.

“This (difference in level of awareness) could be attributed to lower exposure to employment of the younger population, as compared to the older population. This age group needs to have a good knowledge of savings plans so that they plan their retirement life early enough,” the report said.

At 32 per cent, age group 25-34 produced the majority of those who read about the importance of thinking and planning for retirement.

Head of Consulting and Advisory Division at Zamara Group Anthony Kilavi, says young professionals are likely to talk about retirement out of spite for work.

“When you hear young people saying they wish to retire aged 40 or so, they don’t say this because they have something better planned for their future. They only think of leaving their jobs because they don’t like the idea of working,” says Kilavi.

Patrick Wameyo, founder and lead consultant at Financial Academy and Technologies blames the low penetration of pension services on the lack of preparation for retirement.

“We don’t plan for retirement early enough. That is why pension penetration in Kenya is very low. Those working are contributing towards their pension because the service is imposed on them,” he says.

He adds: “There is always a huge disconnect between our present and the time we want to retire. With this poor self- concept, comes poor planning for retirement.”

Other financial and economic experts shared insights young professionals intending to plan for their future.

Kilavi urges people to start planning about their retirement the moment they get their first job.

“Unfortunately, priorities of young people when they start earning revolve around how to upgrade their lifestyle; how to move from their parents’ house as soon as possible, how to buy expensive vehicles and how to visit the most expensive entertainment spots in town. The Kenyan culture priorities spending over saving and investing,” he says.

Wameyo chips in: “You can start saving with the Sh100 you have or you can wait until you start getting Sh1,000 to start saving. It is usually a matter of choice.”

He says those who despise little earnings waste a lot of time before they start saving.

Elizabeth Nkukuu, Chief Investments Officer at Cytonn Investments, urges graduates to start saving with their first salary, however little. “There are those who when they get their first salary of Sh20,000 they spend the whole of it because they think it is too little. This shouldn’t be the case,” says Nkukuu.

She urges young professionals to save at least 20 per cent of what they earn. The savings, she says, should be channeled into investments which should accumulate as passive income.

Nkukuu’s biggest regret is failing to start saving when she ought to have started.

According to the AKI report, 66 per cent of those interviewed said they planned to start a business after retirement.

The report, however warns against the danger of waiting until one retires to start a business.

“While there is a tendency of retirees venturing into business with retirement money, the study shows that many ventures started with retirement proceeds usually fail after a few years due to various reasons such as lack of management experience and knowledge of the business or industry,” reads the report.

According to experts, businesses are better established while one is still employed and when they can afford to take risks. At this time, it is easy to grow a business as they can access a wide network of clients they meet during workplace experiences.

On the flipside, engaging in side hustles denies one complete concentration at the workplace, says Johnson Nderi, corporate finance manager at ABC Capital.

“You lose focus when you engage in a side hustle. And because you give your hustle half your attention, you are likely to incur huge losses. I would advise people interested in doing a business to quit their job and just focus on their business,” says Nderi.

For those interested in getting additional sources of income, he suggests investing in stock markets, government bonds, buying securities and other hustles that don’t require one to manage them.

None of these, he says, requires a background in economics.

“You don’t have to have been to an economics class to find these opportunities. It’s about having interest in financial security and seeking expert advice,” he says, and points out the need for financial organizations to step up their outreach programmes.

Invest in a career

“It is so unfortunate that people only work to earn a salary and not to build their careers,” says Maina.

“But how about spending the years of employment creating a career that won’t be dictated by stipulated retirement age?” he poses.

He urges professionals to spend the many years they spend at the workplace to instead shape something of their own that they can fall back on when they finally retire.

“If you are a financial advisor for a company, you can walk away as an expert and establish a consultancy of your own to transfer knowledge you acquired from many years of employment. Unfortunately, only one in ten people transfer this knowledge into something of their own,” says Maina.

While a job has been defined as a position that provides a steady source of income, a career, on the other hand, is a calling or a pursuit of consecutive progressive achievement.

The latter is permanent and goes outside the confines of age and other industrial dictates. Other ways to build a career at the workplace include investing in additional academic qualifications and acquiring different sets of skills that make you stand out. Choosing the right career opportunity takes time and careful consideration.

Work on projects you can complete while still young

It helps to work on projects that might become burdensome in old age.

These, Kilavi says, include family planning, getting into mortgage early enough so that you own a home in good time, and enlisting favourable education policies for your children the moment you start having them.

“It doesn’t make sense to be still paying your children’s college fees when you are 65 years old. It goes down to planning your family in good time,” says Kilavi.

He adds: “It obviously is a mistake to keep paying rent in Nairobi all your life. It helps to have your own home at some point before you retire.”

But some projects are what Wameyo calls dead capital.

“Of what use is building a Sh20 million (house) in the village when you are still a young person living in Nairobi. That is dead capital. Use the money to buy assets that will earn you extra income in Nairobi instead,” he says.

Maina says retirees should be able to maintain a comfortable lifestyle.

“Retirement doesn’t mean closing business and going home in the village. It means maintaining a certain lifestyle for the rest of your life after you leave employment. You should be able to remain in Nairobi and maintain a city lifestyle,” he says.

“If we don’t transfer some risks, they can wipe away our entire savings and ground our retirement plans,” says Kilavi as he seeks to demystify misconceptions and myths about insurance. Such risks include getting sick, being involved in accidents, among others situations that no one prepares for.

There are people who tell themselves that they are safe from incidences against which others get insured. But where finance and health are involved, one can never predict what might come their way.

Still, others believe their savings can cover all risks misfortunes that come their way. This is a fallacy says Kilavi.