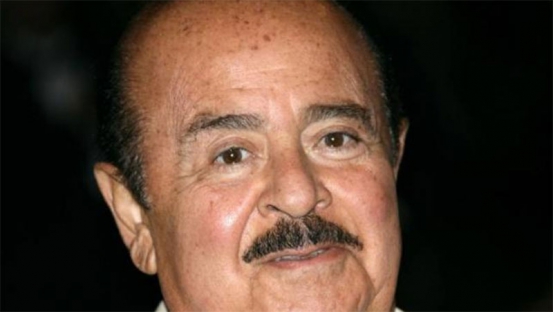 The man who would casually blow Sh25 million a day on wild parties died in a London hospital.

Adnan Khashoggi, once tagged as the richest man in the world, would have needed a bit of the money he burnt on fabulous parties in lavish homes including here in Kenya,where he had a home in Laikipia, 17 kilometres from Nanyuki town and 217 kilometres from Nairobi.

Khashoggi would jet into the country in any one of his three commercial jets, including a Sh4 billion DC-9.

In Laikipia, Khashoggi lived like a Pasha. Beyond owning what is now Fairmont Mt Kenya Safari Club, there was his 90,000 acre Ol Pejeta Ranch, which was seized by the late Lonrho boss, Tiny Rowland, over a Sh400 million loan squeezed from him in 1985.

Khashoggi was unable to repay after his evanescent fortune went to the sands by 1987.

Khashoggi's Ol Pejeta House is still nestled in the ranch. It bragged, among others, a dustbin fashioned out of an elephant foot and double king-size bed with cloud effects over the fluffy white pillowcases.

Khashoggi's house, now leased to Serena Hotels, has its back doors opening to a view of Mt Kenya in all its snow-capped splendor. The 3,200 square-metre pad sporting half timbering on the front, has four all en suite walk-in bedrooms, two lounges, baronial fire places, dining room, barbecue area and two private swimming pools.

One pool was exclusively used by Khashoggi; the other for the rest of the world. Two large balconies opened to an animal watering hole surrounded by tropical woodland. There is also a two-bedroom private guest wing as part of its farm house hospitality.

Still, the tycoon was a generous man, so generous that his faithful manager at Ol Pejeta Ranch received 300 acres of the ranch.

But the tycoon only jetted into Ol Pejeta only once or twice a year. He had dozens of other homes around the world including the largest estate in the Spanish playground of the world's richest, Marbella, where his home squatted on 5,000 acres.

Khashoggi's lifestyle even dazed true Arab royalties who handed him international arm dealerships for which he sang his financial Hosannas.

The tycoon was lucky to have been at the right place at the right time when quadrupling world oil prices in the 1970s saw trillions pouring into Arab states hungry for arms.

He then stepped in, and soon earned himself a reputation as the "fattest of the Arab go-betweens", exploiting his intimacy with the Saudi Royal family to strike financial home runs.

In one deal from America's Lockheed Corporation, Khashoggi earned Sh1 billion in commissions in the five years to 1975 in what Robert Heller, in his 1988 book, The Age of the Common Millionaire, says was "only one payment in the crowd" of many similar deals.

Khashogi was the Saudi sales agent for the likes of Chrysler, Fiat, Westland Helicopters and the Rolls Royce. The Sh1 billion for defence contracts for Lockheed was just 2.5 per cent, which gradually rose to 15 per cent.

With such wealth largely coined from being an 'international broker' (Khashoggi had no identifiable businesses), he had no qualms jetting to Kenya and snapping up the Ol Pejeta Ranch for Sh750 million (at current exchange rates) in 1978.

But the tycoon defended his lavish lifestyle, saying it was all part of doing business.

"My lifestyle was my only way of making important contracts, in a few years, everyone wanted to be on my guest list," he told Time magazine.

Indeed, his 60th birthday in 1985 saw 400 guests flown into Marbella for three days of non-stop partying.  The birthday cake, writes Heller was "cut from a model of Louis XIV's coronation crown".

But two years later, Khashoggi was walking on financial egg shells: His DC-9 jet was seized by Rowland alongside his two-floor apartment at Olympic Towers in Manhattan. Also sold was his piggyback chopper.

His 282-foot yacht named Nabila (after his daughter), the largest in the world at the time, cost him an equivalent of Sh1 billion in 1980. It was sold seven years later to the Sultan of Brunei, who sold it to Donald Trump for Sh200 million.

Trump, now US President, sold it to Saudi Prince Al-Waleed bin Talal, whom retired President Mwai Kibaki awarded the Order of the Golden Heart in 2005.

As Heller notes: "Nemesis has always lurked at the corner of the big spender" as it surely did for Adnan Khashoggi, owner of 100 luxury cars including a dozen stretch Limos from Mercedes.

How to take care of tattooed skin
Skin Care
By Esther Muchene
15 hours ago
Premium Inside the Equity-KCB supremacy war
Financial Standard
By Dominic Omondi
17 hours ago
Premium The bitter war to recover Sh594m investment in deal gone sour
Business
By Patrick Alushula
19 hours ago
Three months later, Nzoia Sugar roars back to life after repairs
Business
By Juliet Omelo
23 hours ago
How fintech tools can help cushion Kenyans during inflation
Opinion
By Munyi Nthigah
1 day ago
.