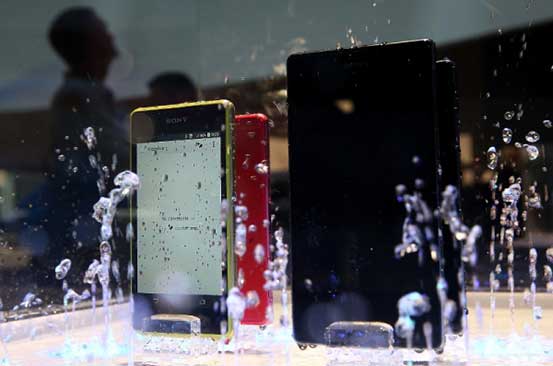 Sony Corp's chief executive flagged next year as a make-or-break year for its struggling smartphones, saying it could consider other options for the business if it failed to turn profitable.

After years of losses, Chief Executive Kazuo Hirai has engineered a successful restructuring drive at Sony, with recent results showing improvement thanks to cost cuts, an exit from weak businesses such as PCs, as well as strong sales of image sensors and videogames. But its smartphone business has been slow to turn around.

"We will continue with the business as long as we are on track with the scenario of breaking even next year onwards," Hirai told a group of reporters on Wednesday. "Otherwise, we haven't eliminated the consideration of alternative options."

Sony and other Japanese electronics makers have struggled to compete with cheaper Asian rivals as well as the likes of Apple Inc and Samsung Electronics.

Sony phones including its Xperia-branded smartphones held only 17.5 percent of the market in Japan and less than 1 percent in the North America, according to company data last year.

The electronics giant in July lowered its forecast for its mobile communications unit to an operating loss of 60 billion yen in the current fiscal year from an earlier estimate of a 39 billion yen loss.

"I do have a feeling that a turnaround in our electronics business has shown progress. The result of three years of restructuring are starting to show," he said. "But we still need to carry out restructuring in smartphones."

Sony spokesman Yoshinori Hashitani later said the company was still on track to turn the mobile business profitable in the next fiscal year through cost cuts.

Windfall as cost of import, export drops at Mombasa port