Ramadhan message relevant to all, not just those of Islamic faith 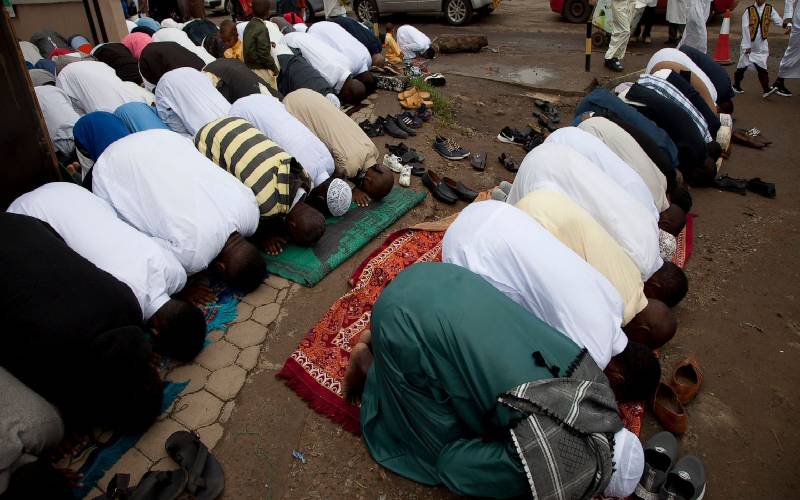 For almost two billion Muslims worldwide and for more than five million in Kenya, this is Ramadhan. Marking the revelation of the Holy Book - the Quran - to the Prophet, Muhammad, this is a time for fasting, reflection and charity.

“Unity and cohesion among all Kenyans is key to the development of our country,” said Kenya’s Chief Kadhi, Sheikh Ahmed Muhdhar, when he explained the spirit of Ramadan. Similarly, President Uhuru Kenyatta called for this month to be an opportunity “to reflect on the beauty of our cultural and religious diversity” and to promote the “essential values of unity, tolerance, compassion, charity and integrity”.

It is easy to trivialise these messages. Growing up in Kenya, it is easy to take the coexistence between religions for granted. While we have had our share of tribal and communal tensions, on a religious level, we have grown accustomed to peace.

While issues flare up in other nations that deteriorate into religious conflict, our Muslim community and other minorities are respected as much as they are respectful towards Christianity.

Let it be clear, however, that it is not by chance that we enjoy coexistence and peace. It is the outcome of concerted efforts and perseverance against human nature. Our instinctive tendencies are to treat those who are different than us with suspicion.

There is probably no book that better captures our impulse towards savagery - beginning at childhood - than William Golding’s Lord of the Flies. It only portrays what has long been known about racial and other prejudice among children in academic research, since as early as the 1930s.

In this era, peace can be particularly hard to achieve. Across the world, the natal inclination to distrust the other is all too often manipulated and exploited by politicians. Everywhere there are populists who make gains by sowing fear and panic.

Many of them, regrettably, are elected to the highest offices, merely for polarising their peoples and inciting one group against the other.

After all, breaking is certainly easier than building. But by doing so, they betray the role of a leader - to bring a nation together around a shared story that harmonises different communities, ethnic groups, and beliefs.

The Jubilee administration deserves credit for rejecting the temptations of populism and for following the moderate spirit of the Abrahamic faiths. In speeches and policies, in sermons and prayers, the legacy that our political and religious leaders leave to our youth is that we must proactively stand up for solidarity.

Their words and deeds capture the essence of the quranic imperative: “hold firmly to the rope of Allah all together and do not become divided” (3:103). We must never throw one group of Kenyans against each other.

Ramadhan is a time for both for family and community and national bonds to be tightened, but probably the most important act of Ramadhan is supporting the poor. This is achieved in two ways: Sadaqah – voluntary giving – and Zakat, an obligatory tax on one’s savings.

Being mindful of others

At the start of the month, Zakat Kenya, one of the largest charity organisations in the country, began distributing fast-breaking meals (Iftar) to 5,000 of Nairobi’s poorest families.

Such initiatives are certainly blessed and commendable, but they can never stand on their own. They must complement the foundations of a just tax system, or Zakat, which is directed towards ending extreme poverty and sickness.

That is why we have elected a government committed to implementing far reaching welfare programmes. The Big 4 agenda couples ambitious upgrades of roads and bridges with comprehensive reforms of the agriculture sector, which will make food production and delivery more effective than ever.

Just as the moderate messages of imams and priests are often trumped by xenophobic politicians in Washington DC, Rome or New Delhi, so can righteous and charitable civic acts be trumped by cold-blooded heartless capitalism.

Only in a climate where religious and political leadership goes hand in hand, both from the bottom-up and the top-down, can solidarity and social justice be achieved.

Ramadhan is by no means a time for idleness or passivity. There are certainly many social wounds left to heal and many hungry mouths left to feed in Kenya and in the world.

Nevertheless, when we break our daily fast with those three sweet dates and we head for the Iftar, let us also be thankful and rejoice that we Kenyans are indeed on the right track.

Auction hammer hangs over heads of the rich

By Alvin Mosioma | 19 days ago