Here’s what to do to fix broken transport sector 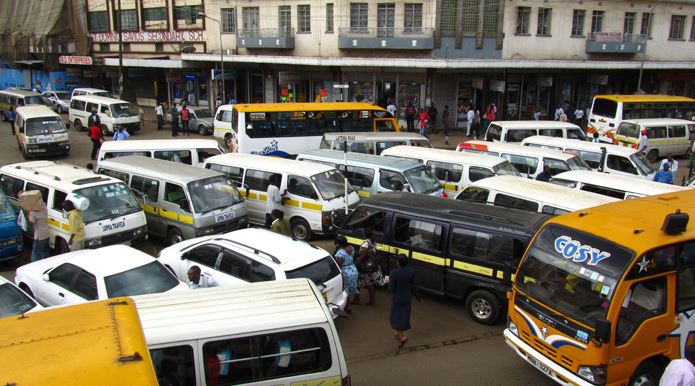 Anyone born this millennium would be forgiven for thinking that Kenya’s public transport system has always existed in a Hobbesian state of nature. “Nasty, brutish and short,” are terms that aptly describe the lives of the purveyors of public transport, popularly known as matatus, and their passengers.

Survival in the decrepit contraptions that pass for vehicles is akin to taking chances in a game of Russian roulette. But it has not always been so. There was a time in the 70s and 80s when there was order in the public transport system, when matatus were the exception rather than the available mode of transport and when the State was involved in public transport and its attendant infrastructure.

Interior Cabinet Secretary Fred Matiang’i’s attempts to reintroduce order on Kenyan roads point to the fact that the Government failed to deal with a pressing problem until it became toxic. Matatus are a law unto themselves.

They have scant regard for propriety. Loud, rude and loutish, anything goes if it meets the bottom line. It has not helped that the police, who should enforce existing regulations, are themselves tainted by years of peculation and mendacity. Nor that they are a part of the enfranchised minority who own matatus and are thus deaf and blind to the disaffection they cause.

Dr Matiangi’s attempts, while well-intentioned, expose two fundamental flaws. The first is a lack of infrastructural investment in public transportby government. Transport is a service that any state should offer as part of its social contract to citizens. Elsewhere in the world exist state-funded buses, trams, mono-rails, light-rails, subways and commuter trains.

Even where the State is not directly involved in transport, it puts up the infrastructure and franchises out the actual conveyance to operators under strict licence terms.

This is seen in places like the UK where until recently, the state ran bus and train services. These have now been franchised out to operators like Virgin, First Capital Connect and Stage Coach, the last of which operated in Kenya, running Kenya Bus Services in the 90s.

The second flaw is the enforcement of regulations as the only investment by the State in public transport. Every time the hue and cry against road carnage through accidents reaches febrile proportions, the Government reacts typically by crackdowns on unroadworthy vehicles or unlicenced operators.

No thought is ever given to the expansion of dilapidated roads that can no longer harness the flow of present-day traffic safely. Nor is any consideration given on how to deal with the bottle-neck of traffic that would result if a single lane on a busy highway is converted to the exclusive use of buses as proposed in the Bus Rapid Transit initiative.

Further, the enforcement of existing legislature is not institutionalised but rather, dependent on the sheer force of personality of the relevant CS.

Such force was as evident during John Michuki’s tenure as Transport minister as it is now under the indefatigable Matiang’i. Little wonder then that law enforcement is protean and as fickle as the matatu operators it seeks to regulate.

It may be time to revive the old bus routes of the 70s and 80s and to pass legislation that franchises them off to public transport operators. Such operators would operate under licence terms that ensure the quality and standard of transport the country aspires to. Clear service-level agreements spelling out regular and scheduled services and routes should be incorporated. These would rid the country of the indiscipline of matatu cartels that operate in a lawless environment.

Kenya should also consider Public Private Partnerships (PPPs) with corporations that have experience in the laying out and operation of public transport infrastructure. Istanbul, a city in Turkey, now has railway infrastructure that transverses the city and carries most of its population of 20 million commuters. This, as is the case in many European countries, was built by PPPs along the Build, Operate and Transfer model.

There are many operators from Turkey and other parts of the world who can put forward a business case for the development of Kenyan toll roads, light-rails systems and even airports as the need may dictate. However, these are predicated on prescience on the part of the country’s leadership and political will to dismantle matatu cartels permanently. Short of this goodwill, Kenya can only hope for occasional, temporary respite from the madness, provided by an anal-retentive public servant enforcing existing effete legislation.

Previous article
British PM proceeds to Brussels over Brexit
Next article
Pregnancy made me hate my husband's voice, cooking

Why BBI should be an economic document

President Jerry Rawlings was a man of great compassion