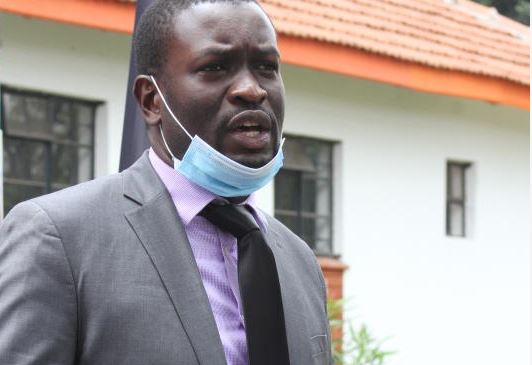 ODM party has condemned the chaos witnessed yesterday at the Migori County Assembly.

This was amid growing tension ahead of an anticipated impeachment bid against the embattled County boss.

ODM Secretary General Edwin Sifuna (pictured) has asked Inspector General of Police Hillary Mutyambai to move with speed and ensure the leaders who attacked the MCA are arrested.

Sifuna noted that the scene had ridiculed ODM as a party and was also intimidating women against joining politics.

He said that that the individuals who are supposed to be leaders and show a good example are the ones shaming the assembly.

"These are the incidents that are making women shy away from joining politics even as we discuss the two-third gender rule,” he said.

The ODM Secretary-General spoke at a hotel in Kanduyi, Bungoma County during a meeting with ODM County members, leaders and officials.

He said that those who beat up the ward rep and broke her hand should be arrested and serve as an example to others with such barbaric behaviour in future.

Sifuna said that ODM as a party stands for truth and will never defend graft leaders.

"As a party, we are always being asked by our electorates about development in our ODM counties and we have gotten numerous complaints from Migori about Governor Obado. We as a party have our values that do not condone thieves," he said.

He said that ODM decided that for Migori residents to get proper development, Obado must go.

Sifuna added that all ODM officials and MCA's in Migori provided sufficient evidence to the party agree to the decision to impeach Obado.