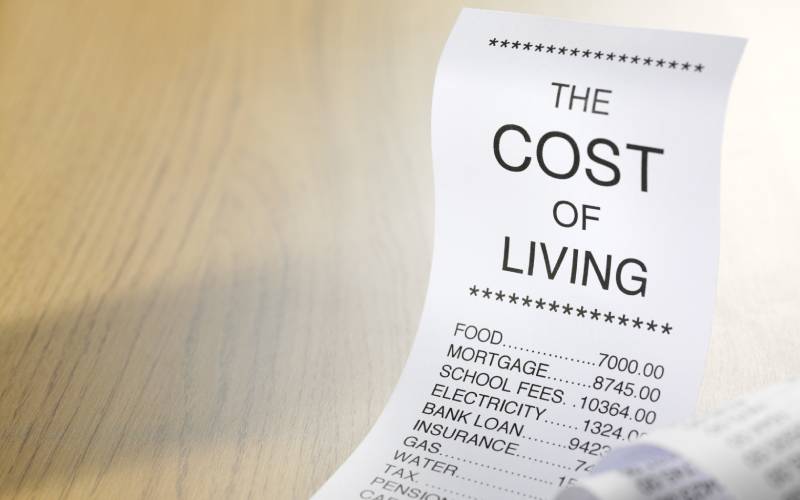 The cost of living eased for the first time in October on reduced transport costs, halting the rise seen for the last five consecutive months.

Data from the Kenya National Bureau of Statistics (KNBS) shows inflation dropped to 6.45 per cent from last month’s 6.91 per cent which is a 19-month high.

The marginal easing was driven by drop in prices of petrol and diesel on the back of government subsidies. However, the spending on food, electricity, cooking gas and rent remained elevated.

“The transport index decreased by 0.35 per cent mainly due to a drop in the price of (a litre of) petrol and diesel, which went down by 3.69 per cent and 4.29 per cent, respectively between September and October 2021,” said KNBS.

The food and non-alcoholic drinks’ index, however increased by 1.11 per cent as the increase in the price of some food items outweighed the decrease in others.

Food items such as maize flour, beef, oranges and onions were all on a rise with spinach, beans and Irish potatoes the only items in the KNBS basket that saw a drop in prices.

The higher costs are largely on account of dry weather conditions in more than 10 counties. The housing, water, electricity, gas and other fuels’ index, increased by 0.67 per cent on the back of higher prices of cooking gas, electricity and house rent.

Electricity prices for 50-kilowatt hours went up by 2.34 per cent while cooking gas prices shot up by 2.8 per cent. Refilling a 13kg of liquefied petroleum gas now costs Sh2,513.74 on average — a 24.5 per cent rise compared to October last year.

The rise in the price of cooking gas makes it the only item that has seen the sharpest rise in cost among the basket of goods used by KNBS to track inflation.

Alcoholic drinks are some of the most counterfeited goods in Meru and surrounding counties.

By Paul Kangethe | 8 hours ago