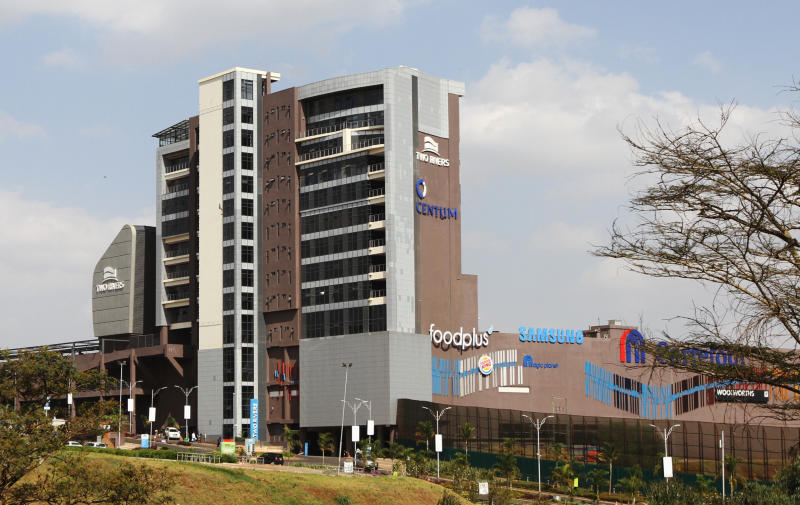 Businessman Chris Kirubi is investing billions of shillings in affordable housing in a move that will further spread his portfolio and that of his companies across more sectors.

This comes as the investment firms, Two Rivers Development and Centum Investment Group, in which Mr Kirubi holds majority stakes, move to divest from commercial property development and into residential housing.

In a regulatory filing yesterday, Two Rivers Development revealed it plans to construct affordable home units within its property in Ruaka, along the Northern Bypass.

“The project comprises of 1,650 units of one, two and three-bedroom apartments in 14 blocks of 17 floors each,” said the notice.

In another project, Centum Development seeks approval to construct three adjoining blocks of apartments on four pieces of land in Nairobi’s Mwiki, Kasarani.

“The three blocks will comprise of seven floors with 268 units that include one and two-bedroom apartments and studio units,” the notice said.

The new investments come on the back of a tumultuous year for investment firms with many sectors underperforming owing to the disruption from the coronavirus pandemic.

The pandemic worsened an existing glut in Kenya’s commercial property market with developers and investors left licking their wounds.

Last month, Centum Investment announced a 127 per cent drop in profit after tax, recording a Sh1.9 billion loss for the six months ended September 2020, compared to Sh6.9 billion profit for the previous period.

The company said the decline in performance was largely on account of a drop in investment income compared to 2019 that had seen the company gain Sh12.6 billion from the sale of its stake in Almasi Beverages, Nairobi Bottlers and King Beverage.

The three-year, zero coupon bond has been issued at a discount rate on the three-year Treasury bond, plus a market-determined margin.

Centum Real Estate has a green shoe option of taking up to Sh2 billion more if the bond is oversubscribed.

“The bond offers an opportunity for investors to get a piece of Kenya’s real estate pie without taking the risk of getting involved in actual development of the projects,” said Centum Real Estate Managing Director Samuel Kariuki.

Investing in affordable housing is also an attempt to compensate for falling earnings from the mall development business that has almost ground to a halt across the country.

Earlier this year, Centum said it would not put up any commercial space in the next five years and will limit itself to managing Two Rivers Mall in Ruaka.

Senate committee says regulations could be seen to shield Kenya Power from competition.