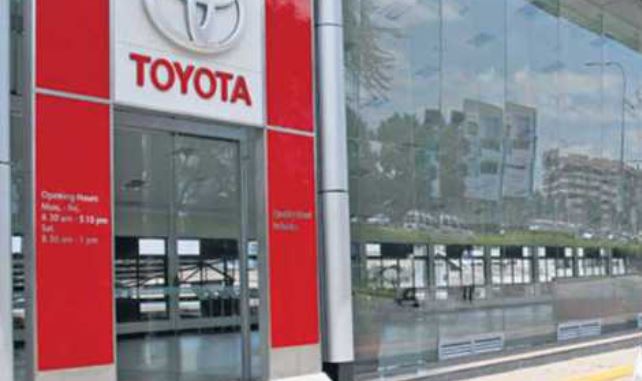 The manufacturing sector features prominently as one of the key industries that power the economic growth of the country.

To further entrench the position of the sector in economic contribution, President Uhuru Kenyatta identified manufacturing as one of the anchoring pillar under the Big Four development agenda.

The automotive industry has the potential to significantly contribute to the manufacturing sector and contribute to growing the sector’s share to the GDP from the current 9.2 per cent to 15 per cent by 2022, in line with the national government’s Buy Kenya Build Kenya.

Toyota Kenya has over the years been a great champion of growing the local automotive assembly through the production of various models under its stable, hence building the local content supply chain, transferring technology, and creating direct and indirect jobs for Kenyans. Currently, Toyota Kenya has an annual output of 350 Hino trucks, 700 Land Cruiser pick-ups, which are commonly used by the National Police Service and the tour operators, and 3,000 Yamaha motorcycles – all locally assembled.

Since the first locally assembled Hino truck was rolled off the assembly line at the Associated Vehicle Assemblers in Mombasa in 2013, Hino Motors set out to become the logistics partner for organisations operating within these sectors. Guided by its philosophy: Customer Business First, the current Hino Motors truck and bus line-up comprising the HINO 300 ‘Ninja’ and HINO 500 FC series guarantee quality engines for optimal power output and unmatched fuel efficiency compared to other market offerings.

The confidence in the durability and efficiency of our trucks stems from the fact that Hino trucks are built with genuine parts that guarantee 7,500 kms service interval. In addition to this, they come with an attractive warranty of 100,000kms or 36 months, whichever comes first for Hino WU 300. The Hino FC 500 has a 24 months warranty or 100,000 kms whichever comes first and an additional warranty of 50,000 kms on the engine and drive train.

As part of its local assembly commitment, Toyota Kenya in October 2019 introduced the assembly of the Hilux pick-up ranges, bringing their local assembly lineup to a total of 11 varied models. The Hilux production has created over 200 jobs out for the first batch of 1,200 units. As production progresses, the local assembly will provide opportunities for localization of components used in the assembly of vehicles, which will further develop the local content supply chain through the manufacturing of local parts.

The Hilux currently accounts for about 30 per cent of the total new vehicles market in Kenya and hence the local assembly will benefit more consumers in this fast-growing segment that supports business-to-customers (B2C) and small and medium enterprises. Currently, Toyota Kenya is running a special offer for customers purchasing the Hilux double cab pick-ups, where they get to receive free accessories with the unit that includes fog lamps, side steps, weather shields, tonneau cover, and rear step bumper.

The country’s automotive sector has great potential with a case in point being the success of the Government Vehicle Leasing Programme. This has seen the provision of locally assembled vehicles and transport services to the National Police Service, through a leasing programme that is currently in its fifth phase. Under this program, Toyota Kenya provided over 2,500 vehicles backed by a fully-fledged fleet management system and advanced driver training to all users.